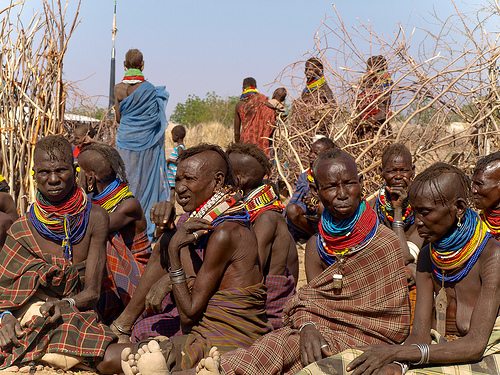 Two huge underground water sources have been discovered in the Turkana region of northern Kenya.

The largest of the two aquifers, found deep underneath the desert, is thought to be 25 times larger than Loch Ness. They were discovered using satellite and radar technology.

Test drilling has confirmed that water is present. It is believed the source could supply the country with a reliable source of water for 70 years.

The aquifers are being constantly recharged from the surrounding plains and hills, at a rate of around 1.2 billion cubic metres a year.

The discovery was announced by Professor Judy Wakhungu, who was appointed minister of environment, water and natural resources in April, at a meeting of the UN Educational, Scientific and Cultural Organization.

“It is not too deep and ought not to be not too expensive to develop,” Wakhungu explained.

“This newly found wealth of water opens a door to a more prosperous future for the people of Turkana and the nation as a whole. We must now work to further explore these resources responsibly and safeguard them for future generations.”

Turkana is one of the driest parts of Kenya and was hit by a devastating drought last year.

The region is home to about 700,000 people, most of whom rely on herds of camels, goats and sheep for food. Turkana has gone without a good downpour for five years, meaning grazing lands have been insufficient to support the region’s livestock.