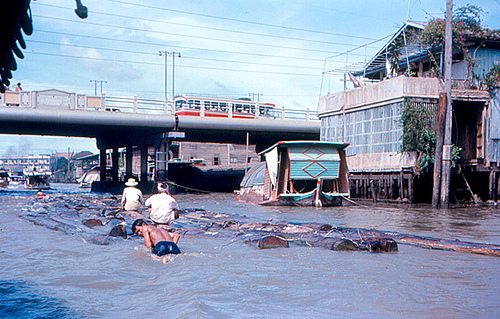 Researchers have suggested that some cities, such as Bangkok, New Orleans and Jakarta, are at risk from subsiding land, which they say could be an even greater threat than rising sea levels.

Research presented at the European Geosciences Union General Assembly has argued that some of the world’s biggest coastal cities are sinking because of population growth and groundwater extraction after rapid urbanisation.

Scientists have said that this threat is even bigger than rising sea levels, as the ground is going down 10 times faster than the water is rising, but added that they are two sides of the same problem.

The effects of land subsiding include structural damage, flood vulnerability and high maintenance cost. Subsidence is also a natural phenomenon, but the one caused by humans has a much greater impact.

Speaking to BBC News Dr Gilles Erkens, from the Deltares Research Institute, said, “Land subsidence and sea level rise are both happening, and they are both contributing to the same problem – larger and longer floods, and bigger inundation depth of floods.

“The most rigorous solution and the best one is to stop pumping groundwater for drinking water, but then of course you need a new source of drinking water for these cities. But Tokyo did that and subsidence more or less stopped, and in Venice, too, they have done that.”

Earlier this year, a study by the Global Climate Forum estimated that coastal regions might face losses due to climate change of up to $1 trillion (£610 billion), while dramatic urbanisation would increase flood risk for around 5% of the global population.