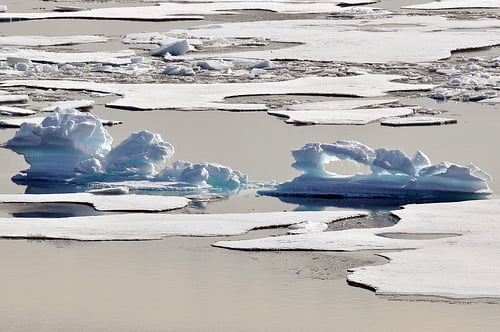 An inquiry by a cross-parliamentary group of MPs has called for a moratorium on drilling in the Arctic until a number of safety standards are implemented to deal with and prevent oil spills.

The environmental audit committee’s report, Protecting the Arctic, was published today after an eight-month inquiry. It looks into the current spill response plans in the region and suggests a number of ways these can be tightened – primarily through thorough research and testing.

It also calls for oil and gas companies to be held financially liable for any spills that do occur, to a fine of “preferably unlimited” value.

Until these steps are taken, the report says, firms should be disallowed from drilling there.

Chair of the committee, Joan Walley MP, said, “The oil companies should come clean and admit that dealing with an oil spill in the icy extremes of the Arctic would be exceptionally difficult.

“The infrastructure to mount a big clean-up operation is simply not in place and conventional oil spill response techniques have not been proven to work in such severe conditions.

“Drilling is only currently feasible in the Arctic during a short summer window when it is relatively ice-free.

“We heard compelling evidence that if a blow-out occurred just before the dark Arctic winter returned it may not be possible to cap it until the following summer – potentially leaving oil spewing out under the ice for six months or more with devastating consequences for wildlife.”

The committee, which is made up of 16 MPs, originally launched its inquiry in January this year, despite the government’s noticeable favour towards Arctic drilling.

Its report comes less than a month after measurements by the National Snow and Ice Data Center (NSIDC) in the US showed that sea ice cover in the region had reached its lowest amount since satellite observation began in 1979.

And less than two weeks later, the NSIDC revealed the melting had continued even further.

Yet despite this, fossil fuel firms worldwide are seeing the Arctic’s diminishing as an opportunity to drill for otherwise unreachable oil.

British company Cairn Energy announced its intentions to continue searching for oil in the region last month, even though it had already conducted two years of exploration without success.

And according to Friends of the Earth Scotland, this is on top of a half-year pre-tax loss of $50m, and coupled with poor spill response procedures.

“Cairn shouldn’t be drilling in the Arctic in the first place, and indeed couldn’t be, were it not for the fact that climate change is opening up this territory by shrinking the ice caps”, said communications officer Per Fischer.

“The company shows a complete lack of concern for the fragile Arctic environment.

“The committee is right to call for a stop for Arctic drilling until stricter financial liability for oil companies are in place, and until further independent research on the environmental side-effects of such risky endeavours has been conducted.”

Rúni M. Hansen, head of Statoil’s Arctic unit, was a speaker at the recent Financial Times Global Energy Leaders Summit in London, and during his speech, used the phrase “responsible development of the Arctic”, before dodging a question about whether he had any “moral concerns” about what his company was doing.

One of the biggest reasons why oil firms are able to conduct such risky exploration projects is because of the significant backing they receive from investors – both institutional and private. But Caroline Lucas MP, former leader of the Green Party, and the UK Sustainable Investment and Finance Association (UKSIF) have called on parliament’s pension fund to adopt a responsible investment pledge.

“Most people would be appalled if they thought their pensions were being invested in corporations with, for example, poor records on human rights or environmental protection”, said Lucas, who also sits on the environmental audit committee.

“By signing the MP pension fund up to the UK Stewardship Code, parliament can demonstrate its commitment to sustainability and transparency, and really lead by example in responsible investment.

“Since the Code operates on a ‘comply or explain’ basis, we look forward to the PCPF’s response to this letter – either to confirm that it will sign up or explain why it isn’t willing to.”