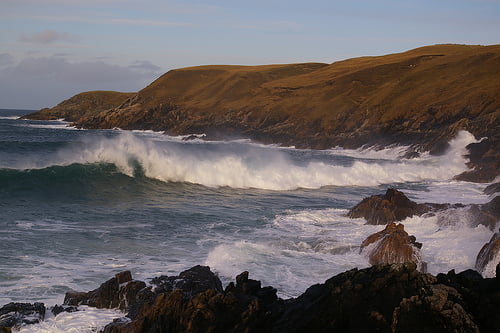 A second round of investment supports R&D to boost the Scottish renewable revolution. Jamie Mckenzie reports.

A £6m investment in the wave and tidal energy sector to further develop testing of new wave and tidal prototypes in the seas around Scotland has been announced.

A second round of investment supports R&D to boost the Scottish renewable revolution.

A £6m investment in the wave and tidal energy sector to further develop testing of new wave and tidal prototypes in the seas around Scotland has been announced.

It is the second round of the remaining competitive funding from the initial £13m Wave and Tidal Energy: Research, Development and Demonstration support (WATERS) fund, launched in March 2010.

Named WATERS 2, the £6m boost is a collaborative venture between Scottish Enterprise, Scottish Government and Highlands & Islands Enterprise, with funding from the European Regional Development Fund (ERDF). It will promote research and development aimed at improving the operational efficiency and cost-effectiveness of marine renewable devices, ultimately bringing them to commercial application.

Lena Wilson, chief executive of Scottish Enterprise, said, “With £6m to award, we can help advanced wave and tidal technologies reach the next stage of commercial exploitation – creating new technologies with global potential, research and development jobs, and secure the fabrication and deployment of wave and tidal stream technologies in Scotland”.

Approximately 10% of Europe’s wave power is off Scotland’s coasts, and the country boasts 25% of Europe’s tidal stream potential, according to The Offshore Valuation, 2010 . This reflects a high marine renewable energy propensity and creates a big appetite for marine energy technology research and development. WATERS 2 can help feed that appetite.

As Alex Paterson, chief executive of Highlands & Islands Enterprise, said, “The announcement of WATERS 2 today will enable developers to further their research and development towards the development of arrays, particularly in the Pentland Firth and Orkney Waters”.

“A wide range of both Scottish firms and major overseas companies such as Alstom, ABB, E.ON, Vattenfall and Kawasaki are investing in the development and testing of wave and tidal generation technologies in Scottish waters.

“It is increasingly clear that Scotland rules the waves!”

The overall aim of this latest round of wave and tidal power funding is to allow Scottish developers and supply chain companies to capture an increased share of the growing UK, European and Global marine energy market, which could be worth £4 billion to Scotland’s economy by 2020, according to the Government. Further, accelerating the growth of a more cost-effective wave and tidal power industry in Scotland will be critical towards the SNP’s target of generating 100% gross annual electricity consumption from renewable energy by 2020.

The nation is now a leader in the global shift away from fossil fuel consumption, and the full WATERS fund is a critical step in the development of a marine renewable energy sector intrinsic to the country’s wider renewables revolution.

Blue & Green Tomorrow has previously uncovered some of the other renewable routes Scotland has taken in its road to sustainable development: the trial of a giant two-bladed wind turbine off the coast of Methil in Fife, and exploring the investment plans for renewable energy projects in Scotland to be hooked up to the UK grid.

Along with the wave and tidal energy sub-sectors, Scotland’s magnitude for producing electricity from both onshore and offshore wind will be paramount. Often famed for its mountainous landscape, turbulent seas and blustery winds, it is the perfect illustration of a country with the high-energy potential to produce a clean, sustainable future. Blue & Green Tomorrow will help you keep track of Scotland’s progress towards a 100% renewable energy future.

If you would like to learn more about how to generate renewable electricity, visit Good Energy – the UK’s only 100% renewable energy provider.

Innovative turbine to be trialled in Scotland