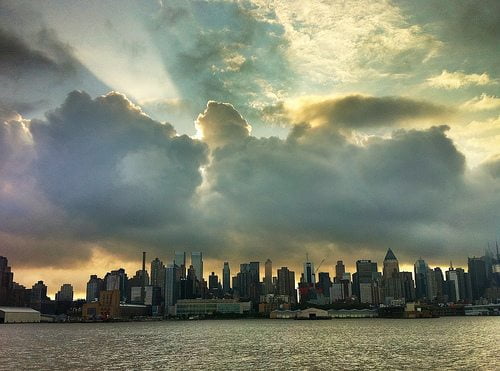 Greenhouse gas emissions in New York City are 19% lower than 2005 levels, according to new figures, meaning the city is well on its way to achieving its 30% reduction target by 2030.

Buildings have become more energy efficient and much of the city’s electricity now comes from cleaner sources. As a result, it is claimed that NYC air is the cleanest it has been in five decades.

The Inventory of New York City Greenhouse Gas Emissions, released on Monday, adds that retrofit schemes to make New York City buildings more efficient had saved the taxpayer an estimated $54.6m (£33.1m) already. It describes energy efficiency and distributed generation investments in buildings as one of the most attractive opportunities to further curb harmful pollution.

“Cities can be the difference-makers in combatting climate change”, said Mayor Bloomberg, who hands over the mayoral baton to Bill De Blaiso on Wednesday.

PlaNYC aims to reduce New York City’s emissions by 30% by 2030 through initiatives like the rollout of a hybrid taxi fleet and the retrofitting of municipal buildings.

“PlaNYC continues to set the precedent for what cities can do to improve the quality of life for their residents”, said Sergej Mahnovski, New York City director of sustainability.

“The city has taken bold steps to reduce air pollution to the lowest level in 50 years, modernise our energy infrastructure with cleaner and more resilient systems, and to scale up the market for renewables, energy efficiency, and waste management with groundbreaking public private partnerships.

“The key message is that local governments can work together with utilities, regulators, environmental partners, developers and communities to test bed new concepts and sharply reduce emissions with state-of-the art analytics, financial products, and technical resources.”