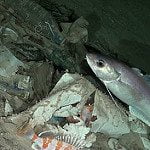 On World Oceans Day on 8 June, Oceana highlighted the effects of littering and waste pollution on the world’s oceans and marine wildlife. Oceana has witnessed first-hand the extent of the problem and has warned that the destructive impact is making it increasingly harder to protect marine habitats and restore fish stocks.

Oceana Europe’s remotely operated vehicle (ROV) enables its scientists to scour the oceans, filming and studying the health and wellbeing of seas and marine wildlife. From cans to computers, and bicycles to broken glass bottles – trails of litter can be found hundreds of metres down in the ocean, even in supposedly protected areas. Unearthing these scenes through the eye of the ROV in never-before explored areas reveals the damning extent of pollution in our seas.

Lasse Gustavsson, Executive Director of Oceana in Europe, said:  “World Oceans Day is all about celebrating our oceans and their contribution to our lives in whatever shape or form that may be – be it your livelihood, your free time or even your next meal. But we cannot continue to treat our seas as an out-of-sight, out-of-mind dumping ground. Both threatened and commercial species are severely impacted by litter making its way from land to sea, and so we call on politicians and citizens to take corrective action today.”

Oceana’s expeditions in Europe show that marine litter is widespread in European seas, and found in every ROV dive. A combination of cold temperatures and lack of sunlight slow down plastic degradation and extend its impact on deep-sea fauna that tend to grow slowly and have low reproduction rates. This worrying problem is often overlooked in reports on plastic pollution, which tend to focus on waste floating on the sea surface or in shallow waters.