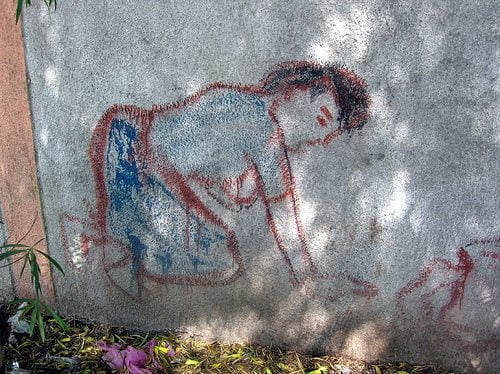 On this day in 1984: disaster at Union Carbide plant in Bhopal, India

It is 29 years to the day since a gas leak at the Union Carbide pesticide plant in Bhopal, India, killed thousands and impacted countless others. It remains one of the worst industrial tragedies in history. Jamie Mitchell looks back.

On December 3 1984, people in the central Indian city of Bhopal woke to an incident that would go on to shape the region. Toxic gas had leaked from a ruptured underground storage unit at a nearby chemical factory, forming into a cloud that engulfed the surrounding city, home to over 900,000 people.

Those who were given sufficient warning escaped the worst of the poison gas cloud. However, many were the residents of the nearby slums, trapped in their homes with no means of escape. While the overall death toll is debatable, thousands lost their lives as a result of the poisonous methyl isocyanate gas (MIC) that spread throughout the city. Thousands more required urgent medical attention.

During the days that followed, reports said that the some 8,000 had died in the disaster, as mortuaries overflowed and corpses of people and animals littered the streets of Bhopal. Greenpeace revealed that a further 20,000 others have died from causes related to the gas leak, and for thousands more it has caused significant morbidity and premature death rates in a new generation, who suffer from a multitude of health issues, ranging cancers to birth defects.

The US-owned Union Carbide Pesticide Plant, situated only three miles from Bhopal, was closed immediately after the event and investigations were launched into the cause of the leak. The official statement from the firm concluded, “The gas leak could only have been caused by deliberate sabotage. Someone purposely put water in the gas storage tank, and this caused a massive chemical reaction. Process safety systems had been put in place that would have kept the water from entering into the tank by accident.”

This position has been the subject of multiple lawsuits, with Union Carbide accused of disabling or repurposing the safety to different areas of the plant to cut costs. This is on top of withholding information vital to the cause of the leak and to the chemical composition of the gas cloud. To this day, the chemical makeup of the gas cloud has not been confirmed – an omission that seriously hampered in the treatment of those affected.

Union Carbide, now a subsidiary of Dow Chemical, immediately attempted to disassociate itself from the legal responsibility, the principal tactic being the shift in culpability to Union Carbide India Limited (UCIL). Thus began years of legal battles that largely ignored the ethical implications of the suffering inflicted on the people of Bhopal.

In 1985, the Indian government enacted the Bhopal Gas Leak Disaster Act to make them the sole representative of the victims in all legal proceedings. And in 1987, Union Carbide officials, including former chairman Warren Anderson, were charged with multiple offences, such as culpable homicide, causing grievous hurt and causing death and poisoning of animals, by a Bhopal district court.

The request for Anderson’s extradition by the Indian government is still pending. Keshub Mahindra, however, then-chairman of UCIL, was convicted along with seven others.

Finally in 1989, a settlement mediated by the Indian supreme court. Union Carbide accepted responsibility for the disaster and paid a minimal $470m to the Indian government to be distributed to the families of the 3,000 accepted fatalities and the 102,000 people with permanent disabilities.

Fifteen years after reaching settlement, the supreme court of India finally ordered the government to release all additional settlement funds to the victims. Government records reveal that a total of around 578,000 people were affected. The settlement Union Carbide compensated each victim or the victim’s families an average of $550.

Dow Chemical Company merged with Union Carbide in 2001 and did not accept liability for the catastrophe in India. Its discontinued operation of the Bhopal plant reflected this lack of moral responsibility.

In a failure to clean up the industrial site, the plant continues to disperse toxic chemicals and heavy metals into the local aquifers that people, already with insufficient healthcare, depend on. Activists still seek to convince Dow to clean up the hazardous waste that still remains.

The legacy that Union Carbide and the Bhopal tragedy left behind is both a lesson and a warning. To developing countries like India, the disaster revealed the dangers of rapid industrialisation. The formation of the Ministry of Environment and Forests after the Environment Protection Act was passed in 1986 suggests that despite India’s rapid economic growth, environmental awareness and activism had increased significantly.

It is clear, however, that far more needs to be accomplished by national governments and international agencies, focusing on the corporate responsibility of accident prevention and response, in order to prevent similar catastrophes that, as the Bhopal disaster showed, can radically endanger public health.

Jamie Mitchell is originally from Cambridge and studied English at the University of Lincoln. He graduated with a upper second class honours degree in 2013. His interests include renewable energy, climate change and sustainable living.