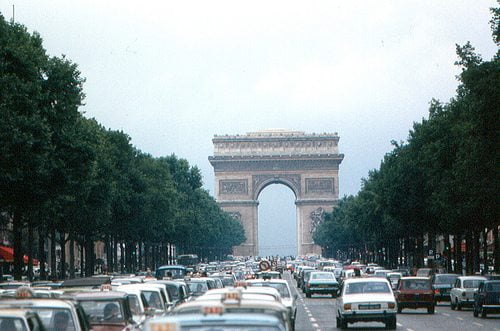 Paris has introduced a system to cut the number of cars on its roads, in an effort to reduce pollution levels which have been extremely high over the past five days.

Citizens will be allowed to drive in the French capital according to their cars’ number plates – alternating between those ending in even numbers on one day and odd on the next.

Motorists who need a vehicle to get to the city centre from suburban or less connected areas to work have opposed the measure.

Electric vehicles, hybrids and cars with more than three people onboard will be excluded from the ban. However, some people have said they will ignore it and pay the €22 (£18.38) fine, because they need the car.

Citizens were given free travel on public transport over the weekend as another measure to convince people not to use cars.

Paris has experienced nearly a week of high pollution levels, caused by a combination of warm days and cold nights, which have not allowed the smog to disperse. Pollution in the city is the worst since 2007, with emissions of PM10 pollutants hitting 180 microgrammes (mg) per cubic metre on Friday – a figure far higher than the 80mg safe limit.

A similar car ban was used in 1997, but while some say it was effective, others argue it simply caused disappointment among motorists.

Meanwhile, according to the European Environment Agency (EEA), 85-96% of European citizens are exposed to high levels of particulate matter that can shorten their life expectancy.