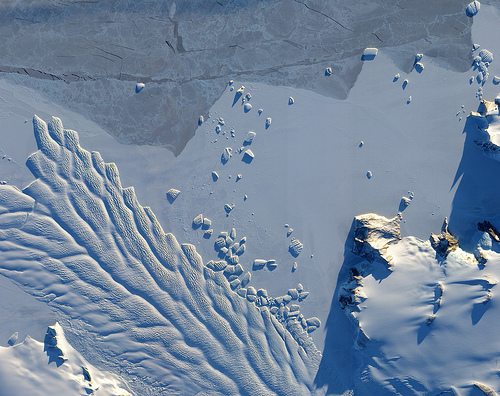 A study has found that more than two-thirds of the recent rapid melting of the Earth’s glaciers can be attributed to human activity.

In a new study, scientists have analysed glaciers’ melting activities since 1851, but did not find any evidence of man-made effects up until the middle of the twentieth century.

However, since 1991, there has been a huge increase in glacial melting, with 69% proven to be due to human activity.

Ben Marzeion, a climate scientist at the University of Innsbruck in Austria, said, “Glaciers are really shrinking rapidly now. I think it’s fair to say most of it is man-made.”

“The jump from about a quarter to roughly 70% of total glacier mass loss is significant and concerning,” he added.

Scientists attribute the burning of fossil fuel for energy and transportation to be the biggest contributor to global warming, which is causing most of the melting.

About 295 billion tons of ice is melting each year due to human activity, while only 130 billion tons can be attributed to natural causes, Marzeion calculated.

The UN has recently called for rapid greenhouse gas emission reductions to be made by 2050 to limit the global damage of climate change. It is estimated that cuts must be made of between 40% and 70% from 2010 levels.

The melting of glaciers presents particularly catastrophic problems for coastal megacities like New York and Shanghai, according to a recent study. Many will be put at risk as sea levels rise.

Marzeion’s new study will be published later this week in the journal Science.