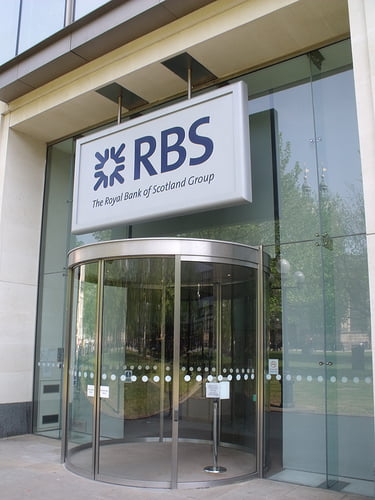 The Royal Bank of Scotland (RBS) has shelled out nearly £40 billion to oil and gas companies in the last six months, according to research done by Friends of the Earth Scotland.

The investigation revealed that of the £67 billion lent by the bank to energy companies, by far the biggest chunk found its way to the fossil fuel industry, with only £3 billion going towards renewables.

“RBS states that it fully understands the problem of climate change and is contributing to the solution”, explained Davina Shiell, interim operational director at Friends of the Earth Scotland.

“This research reveals the opposite – that they are continuing to bankroll socially and environmentally destructive projects around the world.

“RBS should clean up its act and redirect its investments to clean technologies.”

The bank came under scrutiny in November when it controversially pulled its sponsorship of Climate Week, amidst claims of greenwash.

And ahead of its annual general meeting (AGM) today, three UK campaign groups revealed that in the past year, RBS has underwritten bonds worth over £83m for controversial Canadian tar sands firm, Enbridge Energy Partners.

Platform, UK Tar Sands Network (UKTSN) and the Indigenous Environmental Network (IEN) will join student protestors at the bank’s AGM later to dispute its funding of such projects.

Clayton Thomas-Muller from IEN said that RBS “continues to operate in a way that creates harm for profit”; whilst Mel Evans from Platform accused the bank of only caring about “attempting to improve its image“.

Emily Coats from UKTSN added, “The Canadian tar sands alone could lock us into unstoppable climate change – we need to phase the industry out as soon as possible, not recklessly expand it.”

RBS is 83% owned by the public, so it’s expected that there might be more than a little bit of unrest at its AGM later on today.

Blue & Green Tomorrow highly recommends looking at more sustainable banks, which last month were revealed to be outperforming their mainstream counterparts. Get in touch with your financial adviser or fill in our online form and we’ll help you make the switch.