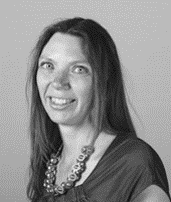 Dr McLeod has today confirmed she attend the UNFCCC Conference of Parties as part of the UK delegation. She said: “The countdown has started and in just a matter of weeks international leaders will meet in Paris. An ambitious, legally binding international agreement is vital if we are to limit global warming to less than 2 degrees Celsius.

“It is fair to say that our future, and that of generations to come, depends on a successful outcome. The pledges made by countries for the Paris conference for the period up to 2030 now cover around 90% per cent of global emissions and could bring temperature rise down to around 3 degrees Celsius.

“Whilst I welcome these pledges, we can and must go further if we are to avoid the worst impacts of climate change falling on the world’s poorest and most vulnerable people. The international community must match Scotland’s high ambition.

“Scotland is now three quarters of the way to achieving our world-leading 42 per cent emissions reduction target, and our move to a low carbon economy is delivering jobs, investment and economic growth.

“In the run up to Paris, I have been working to support the UK’s position on climate change and encourage high ambition internationally by promoting examples of Scottish leadership in tackling climate change and our transition towards a low carbon economy. I will be joining the UK Delegation at the UNFCCC Conference of Parties in Paris and making sure that our action and ambition provides a beacon for international partners.”