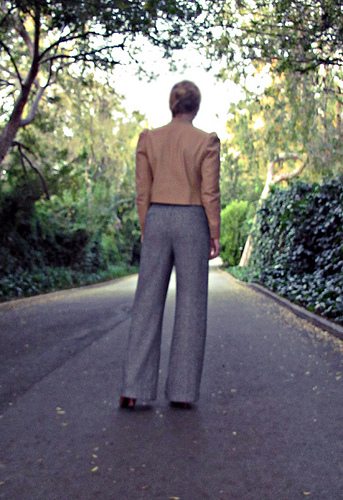 The new ranges including a combination of clothing and accessories are the finished product of a 12-week residency by print specialists; Aimee Kent and Black Cherry Studio with Zero Waste Scotland to create two dynamic new collections using pre-loved garments.

The project was designed to remind people clothing always has value and should never be thrown away.

The fabulous collections created by Aimee Kent and Black Cherry Studio from unwanted clothing donated to the charity, are now estimated by the designers to be worth at least an £4,000 each.

“All textiles have a value and can be used again and again. Clothing should never be put in the general waste bin and I believe our talented designers have spectacularly proved with this chic collection, inspired by the Salvation Army, that there’s an inherent value in clothing – and if you’re finished with it, someone else can use it!”

An expert fashion panel will now appraise the collections and deliver their professional valuations on how much the newly created pieces are worth. The collections will then be sold with proceeds shared between the designers and the Salvation Army Trading Company.

Both designers specialise in printed textiles and have brought this element to the project. Aimee Kent has worked with sustainable fashion brands and designers such as Johari, Henrietta Ludgate and Niki Taylor of Olanic and The Top Project. Black Cherry Studio has supplied Kookai, Jaques Vert and Primark.

Designer Aimee Kent said: “I found inspiration for my collection in the architectural facades of the Salvation Army Trading Company’s headquarters in New York, as well as retro Salvation Army logos and graphic artwork.

“Using inspiration from the art-deco features, I created hand drawn artwork which was then transformed into repeat patterns and placement prints. All of the garments, panelling and embroidered details are inspired by the symmetrical geometric art deco structures.”

Jemma Wood, from Black Cherry Studio said: “As we are a studio who specialise in print design we wanted this to be our main focus within the collection.

“Ours is a mix of simply adding prints to an existing garment to completely deconstructing an item and making it into a useable accessory to give it a whole new lease of life.  We wanted to demonstrate how simple and easy it can be to transform an already existing item into something new and wearable again.”

In the UK alone, garments have an estimated life span of two years, three months. The average Scottish household owns around £4,000 worth of clothes, but wear only 70 percent of that each year, most commonly because it no longer fits.

Recent research from the Love Your Clothes campaign found that women in Scotland were already good at looking after their clothing to make it last longer with 65 per cent stating they will attempt to mend or fix an item so that they can wear it again however this same trend does not apply to donations with only 19 per cent fixing items before donating to charity.

The Salvation Army Trading Company is one of the largest clothing recyclers in the UK with 52 charity shops in Scotland as well as thousands of recycling banks. Each year they receive around 30,000 tonnes of donated textiles in the UK, which helps raise vital funds for the charity’s work with vulnerable people.

Catherine Hamou from the Salvation Army Trading Company said: “The final collections are stunning; they really surpassed all expectations. I’m particularly impressed at how the two designers used inspiration from The Salvation Army in the design stages.
“It’s been a privilege to be involved in this project. It has shown us all that the value and life within textiles can actually go further than we, as consumers, tend to allow. The simple acts of donating your unwanted items to charity and buying from our charity shops, means you’re helping us raise millions of pounds each year for extremely vulnerable people in the UK. Not only that, donating your old items helps prevent them going to landfill, and repurposing second-hand clothes – rather than continually buying new ones – begins to change the cycle of disposable fashion. The social and monetary value goes on and on.

“Little did some of our generous donors know that their unwanted pieces of clothing would end up being a part of something so special!”

The charity is well known across the country, helping to fund programmes with homelessness and addiction services, care for older people, help at emergency incidents, support for adult victims of human trafficking in England and Wales, a Family Tracing Service and more.