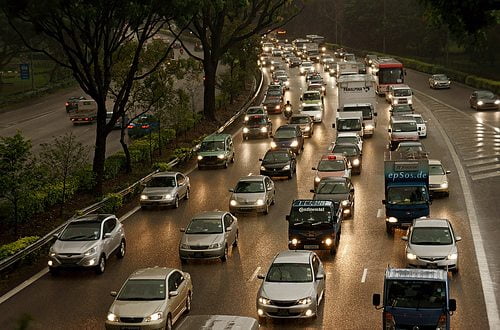 By the end of the century, more than half of the world’s population could be exposed to “stagnant atmospheric conditions”, which would keep pollutants low in the air, worsening the effects of pollution, according to a new study.

Scientists predicted that in a high greenhouse gas emissions scenario, around 55% of people will experience more air stagnation by 2099, with India, Mexico, western US and the Amazon experiencing this phenomenon for up to 40 days more than currently.

Atmospheric stagnation occurs when light winds and lack of rainfall keep particles, soot, dust and ozone low in the atmosphere instead of allowing them to disperse. The phenomenon, similar to what happened in the UK in April, can worsen the effects of pollution on human health.

Daniel Horton, a climate modeller at Stanford University and lead author of the study, said, “Much of the air-quality community focuses on pollutants. This study takes a step back and looks at the weather or climate component that can lead to the formation of hazardous air quality.”

Outdoor air pollutants have been recently labelled by the World Health Organisation as the most widespread carcinogenic for humans. Pollution has been found to have possible links with the risk of autism and malfunctioning heart beat.

Figures by Public Health England (PHE), revealed that air pollution represented “the biggest public health risk after smoking”, contributing to the death of about 29,000 people in the UK every year.