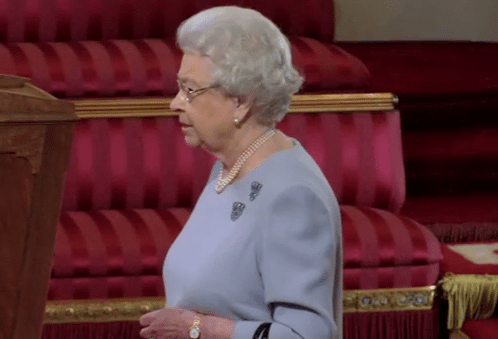 Published twice a year, the honours list aims to give recognition to “extraordinary” Britons who have dedicated their efforts to a specific service or cause.

Prof Julia Slingo, chief scientist at the Met Office, has been made a Dame of the British Empire for her services to weather and climate science. In 2008, she was appointed the first female president of the Royal Meteorological Society. Throughout her career, she has dedicated much of her time to researching the impacts of climate change and has worked closely with the Intergovernmental Panel on Climate Change (IPCC).

Meanwhile, Kevin McCloud, TV presenter and designer, is given an MBE for his services to sustainable design and energy saving property refurbishment. McCloud is most notable for presenting the Channel 4 series Grand Designs, but has been heavily involved in WWF’s One Planet Living campaign, promoting sustainable living.

Other notable people to be honoured by the Queen include Ian Cheshire, chief executive of Kingfisher, the parent company of DIY chain B&Q. He was given a knighthood for services to business, sustainability and the environment. Cheshire was recognised by the Guardian in 2012 for his work in the sustainability field and was named the “sustainable business leader of the year”.

OBEs are given to Graham Jukes, chief executive of the Chartered Institute of Environmental Health, for services to environmental health in the UK and abroad, and John Doggart, chairman of the Sustainable Energy Academy (SEA), for services to sustainable energy technologies and energy efficiency. Doggart, like McCloud, spoke to Blue & Green Tomorrow for The Guide to Sustainable Homes 2013.

Meanwhile, entrepreneur Karren Brady, who has long worked for gender equality in business, receives a CBE. Brady has also been touted as a Conservative parliamentary candidate for 2015, but there have also been rumours of her standing to become mayor of London.