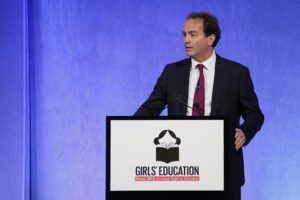 There are three ways Nick Hurd can immediately put the UK back on the path to being a world leader in this field, as it was when it passed the world’s first Climate Change Act.

Firstly, he must re-establish the confidence of industry – and the wider public – in the Government’s commitment to its new climate change targets, by developing a workable plan to meet them.

Secondly, he must close the growing policy gap between existing climate targets and government plans to meet them.

Thirdly, he must push for climate change to be central across all government departments, not just his own.

ClientEarth Lawyer Jonathan Church said: “We welcome Nick’s appointment – he has a lot of work to do. By the end of 2016, we need a credible Carbon Plan to meet the fourth and fifth carbon budgets. It must be developed transparently and with the input of as many experts as possible.

“This new plan represents real opportunities; not just across his department, but for Government as a whole. Nick will be responsible for making that understood by his fellow ministers. If he can, his job will be a lot easier.”