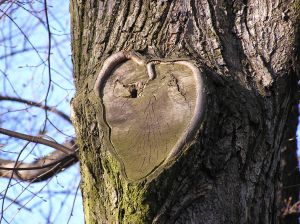 UK Valentine’s cards could be contributing to deforestation

Purchasing a Valentine’s card for your loved one on the UK high street could contribute to illegal logging and deforestation, the WWF has warned, due to loopholes in EU regulation.

WWF purchased a number of cards from high street retailers and found that three, from Card Factory, Clintons and Paperchase, contained various amounts of mixed tropical hardwood, signalling that the fibres had most likely come from natural growth tropical forests. However, only Paperchase was able to provide evidence that the product was sustainably sourced.

The organisation is calling on firms to scrutinise their supply chains and reassure customers that their products aren’t contributing to deforestation in other parts of the world.

Beatrix Richard, head of corporate stewardship timber and seafood at WWF, said, “These results suggest that the true cost of our Valentine’s cards could be far greater than the price on the wrapping. They may be contributing to the further loss of some of the most valuable forests in the world.

“Companies that rely on forests for their raw materials should scrutinise their supply chains, and reassure consumers that they are buying cards made from recycled or sustainable materials.”

Due to legislative loopholes, it is legal to sell imported cards that have been made from illegally-logged of cleared forests. The WWF is currently campaigning for the EU Timber Regulation to be strengthened, allowing consumers to be confident that the cards they buy are not contributing to unsustainable logging practices.

A report published last year, suggested that consumer demand for commodities, such as palm oil and timber, has caused 71% of tropical deforestation for agriculture between 2000 and 2012, 49% of which was done illegally.