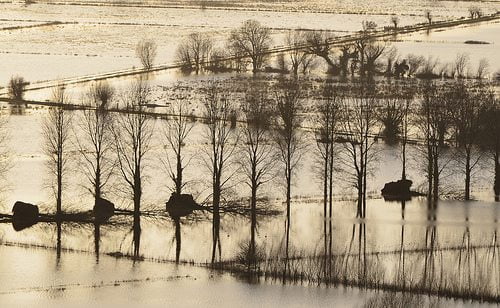 The Environment Agency has confirmed that a total of 86 flood warnings, two of them severe, remain across southern and central England, as the extreme weather begins to settle.

It added that river levels along the Thames, which rose to its highest level since 1883 last week, will remain high this week but gradually begin to drop. This is also the case for the Severn.

Of the 86 flood warnings, the two severe alerts are in the badly-hit south-west. This means there is a danger to life. Elsewhere, the south-east and the Midlands have 67 flood warnings, meaning flooding is expected, between them.

In total, the Environment Agency said 1,700 properties have been flooded since January 29, and almost 6,500 since the beginning of December. It added that 1.4m homes and businesses had been protected by its flood defences.

Kate Marks, the Environment Agency’s flood risk manager, said, “Our thoughts go out to those communities dealing with flooding. Although it is currently an improving picture across most of the country we will continue to see the impacts of flooding for many days to come

“We will continue to work closely with local authorities in the coming weeks to support their recovery efforts and still have teams working around the clock to protect communities.”

In related news, the Met Office said on Thursday that harsh conditions in the North Sea could pose a serious challenge to oil and gas firms. A number of vessels travelling to and from offshore rigs have been met with huge waves and high wind speeds.

Patrick Sachon, head of oil and gas at the Met Office, said, “During this challenging winter, our detailed and bespoke forecasts are providing companies throughout the North Sea with important weather information. This is enabling them to plan and make informed decisions on safety, both for staff operating and maintaining rigs and for their assets.”