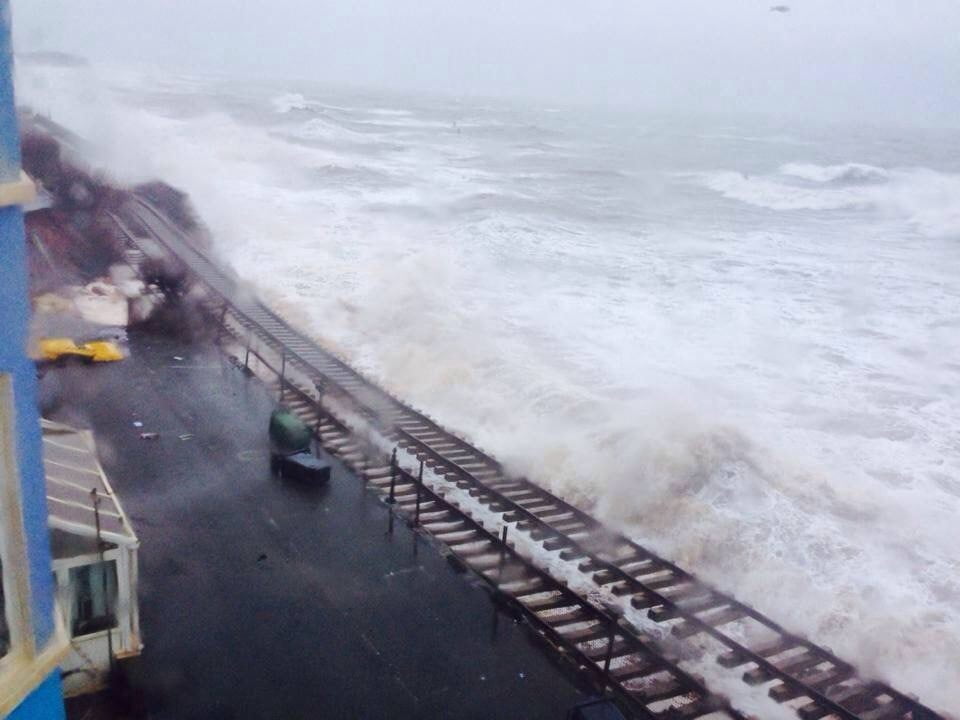 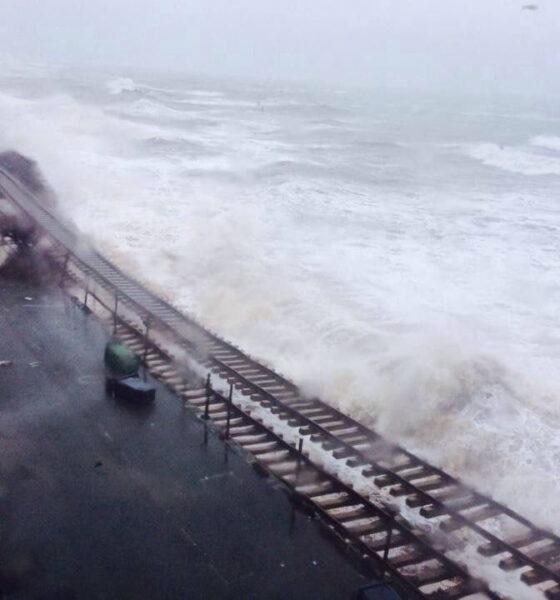 The extreme weather is showing no let-up for some parts of the UK, as the Met Office forecasts further heavy rain and strong winds.

The south-west of England is expected to be the hardest hit. Some residents have been forced to leave their homes to escape the torrential conditions.

Cornwall was left cut off from the rest of the country when a section of its railway link crumbled into the sea after being battered by intense waves.

Although work has begun on repairing the line, Network Rail suggests that it might take around six weeks. Conservative MP Anne Marie Morris told the BBC she wanted to see a £30m sea wall built just off the shoreline, with a £300-400m wall built longer term further off the coast. She said the Dawlish line was a “vital artery”, linking the south-west with London.

Meanwhile, David Cameron chaired the government’s latest crisis response committee meeting, Cobra, setting aside a further £100m for repairs and maintenance on flood defences and pledging to do “everything that can be done” in order to help those worst affected.

Labour’s shadow environment secretary Maria Eagle said the government was only beginning to put back funds they had cut from the flooding budget, saying that it has taken 21 Cobra meetings to get to this stage.

Eric Pickles, the local governments secretary, has taken over charge of the government’s responses to flooding due to the environment secretary, Owen Paterson, having surgery for a detached retina.

Elsewhere, residents on the Somerset levels continue to desperately pump away water into rivers as the region braces for further downpours.

Prince Charles visited victims on Tuesday. He said that it was a tragedy that residents were experiencing delays in getting help, adding there’s “nothing like a jolly good disaster to get people to start doing something”. He also pledged a £50,000 donation to help those in the area.