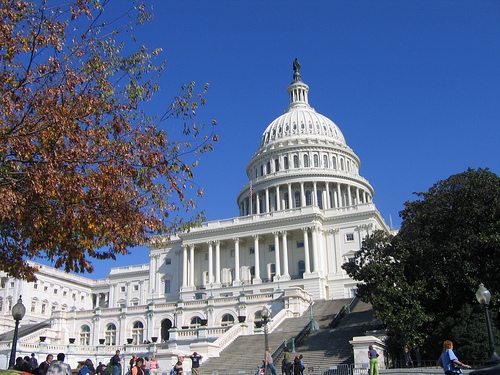 Twenty-eight Democrat politicians in the US have taken to the Senate for an all-night session of climate change discussions, an initiative aimed at raising awareness among members of Congress and calling for action.

The marathon – which has the accompanying Twitter hashtag #Up4Climate – runs from Monday evening to 9am on Tuesday. It has been organised by the Climate Action Task Force, which supports Barack Obama’s climate change agenda.

Harry Reid, the Senate majority leader, said, “Despite overwhelming scientific evidence and overwhelming public opinion, climate change deniers still exist. They exist in this country and in this Congress.

“It’s time to stop acting like those who ignore this crisis – the oil baron Koch brothers and their allies in Congress – have a valid point of view.”

Dianne Feinstein, the senator for California, told the audience that because of the effects of rising sea levels, the region might lose up to 450,000 homes, 140 schools, 55 hospitals, plus power plants and roadways by 2100.

Tim Kaine of Virgina unexpectedly criticised Obama’s energy strategy, first by saying that it would be a “very good thing if the president right now rejected the use of tar sands oil in the Keystone pipeline”, and then by stating that the strategy of supporting both renewables and fossil fuels sounded like the president did not care.

Other speakers noted the clear scientific evidence behind global warming and listed some of the dramatic consequences that US states face without concerted action.

No Republicans attended the event – with many in fact believing that climate change is not happening. This claim is strongly opposed by Barack Obama, secretary of state John Kerry and the Pentagon, as well as nearly the entire scientific community.