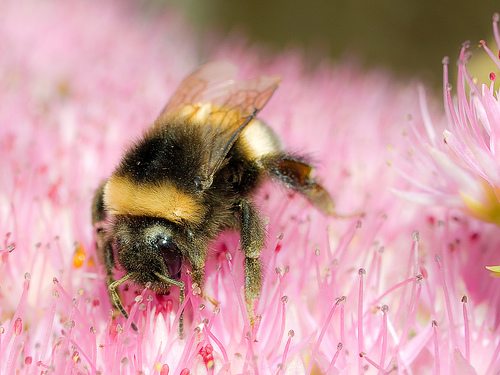 The short-haired bumblebee, declared extinct in 2000, has begun nesting at the Dungeness reserve in Kent, as part of a reintroduction plan by the RSPB.

Two queens of the disappeared bumblebee species were brought from Sweden and released at Dungeness, over 10 years since the species was last seen in the UK.

The RSPB said that it has recorded offspring worker bees for the first time.

Nikki Gammans, who led the project, said, “This is a milestone for the project and a real victory for conservation. We now have proof that this bumblebee has nested and hatched young and we hope it is on the way to becoming a self supporting wild species in the UK once again.

She added, “It’s been a long journey to get here, from creating the right habitat for them, collecting queens in the Swedish countryside, scanning them for diseases and then eventually releasing them at Dungeness. Seeing worker bees for the first time is a fantastic reward for all that hard work, but we still have a way to go to ensure this population is safe and viable.”

Bumblebees, as well as honeybees, are in decline in the UK and elsewhere, partly because of the intensive use of neonicotinoids pesticides. Four particular streams have been banned by the European commission because of their impact on bee populations.

Gammans said, “Bumblebees are among the most threatened wildlife in the UK – we have 25 species, seven are declining and two have been declared extinct. The State of Nature report launched in May highlighted the short-haired bumblebee project as a beacon of hope for nature so we’re very proud to have recorded the first signs of success.”

The government recently announced a conservation plan that has been strongly criticised by environmental groups, which have described it as “a license to trash nature“.