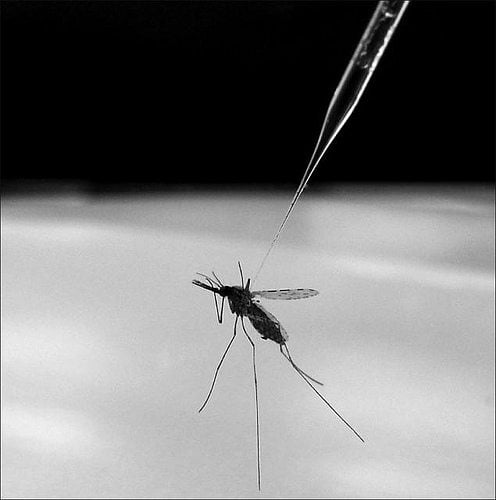 Milder temperatures and garden water containers can make for the ideal environment for a number of mosquito species, including some that carry malaria, new research has suggested.

Despite UK mosquitoes being harmless, scientists say that a friendlier breeding environment could increase the chances of an outbreak of the potentially deadly virus.

As garden water butts become more common in urban areas, the study says this can boost the populations of some species, including those carrying viruses and parasites.

Co-author of the research Amanda Callaghan, from the University of Reading’s School of Biological Sciences, said, “We knew that there was an urban heat island effect, and changes in temperature have been known to cause changes in mosquito behaviour and – in some regions, such as southern Europe – diseases have crept into these countries because mosquitoes have changed their behaviour.”

Among the species observed in the analysis was the Anopheles plumbeus, which is considered a “reasonably good vector of malaria”.

“The main finding is that these mosquitoes are right next to people’s houses and the Anopheles mosquito we found is a human-biting species and it can transmit malaria”, Callaghan told BBC News.

“Therefore, if someone comes back from their holiday with malaria and they get bitten, it could be transmitted to another person – and that is how you get outbreaks.”

She added that currently, the chances of a malaria outbreak are quite low, but that the phenomenon should be monitored to avoid future issues.

A study published in March suggested that the chance of people getting malaria in areas other than those where the illness was common were increasing because of global warming, which causes the insects to settle in new regions with milder climates.