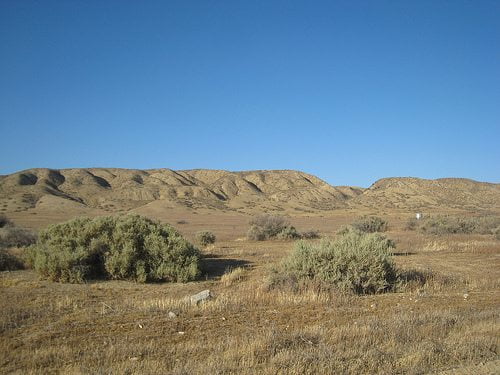 Groundwater extraction for use in areas such as agriculture is triggering seismic activity along the San Andreas Fault in California, a new study has suggested.

The chance of small earthquakes occurring is increasing as a result of the method, according to a study published in the journal Nature.

Scientists used GPS to detect changes in the land and mountains in the San Joaquin Valley, one of the most important agricultural areas in California. They found that the valley’s floor is sinking, while mountains are lifting.

The phenomenon has been linked to increasing pressure on underground water used for human activities, while more frequent droughts and growing food demand are putting even more pressure on water resources.

Lead author Dr Colin Amos from Western Washington University told BBC News, “We are removing a weight from the Earth’s crust and it is responding by flexing upwards and literally moving mountains.

“It seems as though these small stress changes that happen on a yearly basis, are causing more small earthquakes to occur on portions of the fault.

“Human activities are changing things that we hadn’t appreciated before – it’s a wake-up call to the far reaching implications for the things that we are doing that may affect systems that we didn’t know that we could affect.”

Paul Lundgren, of Nasa’s Jet Propulsion Laboratory, who did not take part to the study, said in a commentary, “The more you deplete that groundwater, the more you keep promoting that fault towards failure.

“We don’t know how far that fault has to go before we have the next large earthquake”.