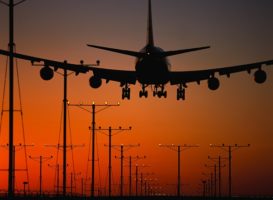 Will aviation contribute to achieving the Paris Agreement’s goals?

Nations agreed in December 2015 to cut carbon pollution within their borders and pursue all efforts to limit increase in the global average temperature to 1.5 °C. But the Paris Agreement didn’t decide what to do about the pollution of airplanes flying between different countries – emissions which are not included in national targets.

Separately, the UN’s International Civil Aviation Organization (ICAO), based in Montreal, has spent 19 years wrangling over the issue rather than taking action. ICAO now has a deadline of 7 October 2016 to finalize a program to cap the carbon pollution of all international flights. But divisions between nations over how to share the benefits and burdens of these pollution cuts threaten prospects for an agreement.

To bridge these differences, ICAO’s Member States gathered during a high-level meeting on 11-13 May at ICAO’s Montreal headquarters where they attempted to move forward a draft proposal for a global market-based measure to limit net carbon dioxide emissions from international aviation to 2020 levels.

The text will be taken up again at the June meeting of the ICAO Council, a governing body that includes countries like the US, China, the UK, South Africa, Brazil and Russia. Environmental organizations from the FlightPath 1.5 campaign say that the current version falls short of what is needed to meet ICAO’s own targets and the long-term temperature goals laid out in the Paris Agreement namely to limit the increase in global temperatures to 1.5°C above pre-industrial levels. Industry observers also are supportive of a deal.

Differentiation of airline offsetting obligations: At the meeting delegates ultimately sidestepped the crunch issue of how to divide up emissions-cutting responsibilities, with deep divisions remaining between slow growing and fast growing aviation states. There have been multiple references to exploring how to increase the coverage of international aviation emissions and thus increase the environmental integrity of the market-based measure (MBM).

In an apparent effort to bridge the “differentiation” divide between China and countries such as the US, Japan, Chile and EU states; Singapore proposed a “pre-implementation phase” of the market-based measure. Many countries, including the EU, Japan, the US, Canada, France and Germany, indicated their interest and desire to understand what such a phase would entail, but environmental observers of ICAO believes it’s risky. Any pre-implementation phase must be designed to ensure that ICAO meets its 2020 emission goal, not delay effective action on aviation emissions.

Leaders of the G7 will meet this week on May 26 and 27 in Japan, and climate change will be on the agenda. “This is a perfect opportunity for the G7 leaders to reassert their commitment to work together towards an environmentally robust agreement this October in Montreal that requires full implementation beginning on January 1, 2021,” said Pierre-Philippe Lortie, International Civil Aviation Policy Representative in Montreal for the International Coalition for Sustainable Aviation (ICSA) and spokesperson for coalition’s  FlightPath 1.5 campaign.