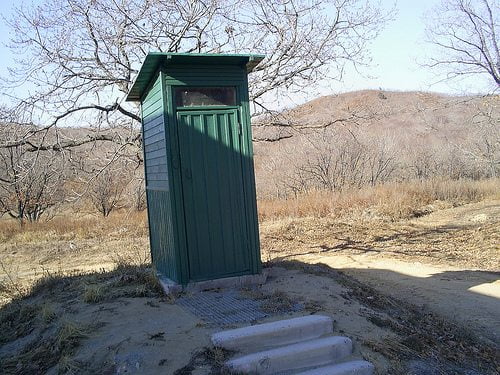 World Toilet Day: sanitation is not a luxury, but a basic human right

Access to clean and safe sanitation is a basic human right, but there are still 2.5 billion people around the world who do not have the ‘luxury’ of their own private toilet. But with World Toilet Day now a UN-recognised event, this problem is now very much in the public eye.

The use of clean and private toilet is something that many of us take for granted in modern society. It may therefore come as a surprise to know that there are more people on the planet with a mobile phone than have access to such a thing.

But what are the implications of not having access to clean sanitation?

Probably the obvious answer to this question is that, without access to such facilities, many people living in the most poverty stricken areas of the world face serious health problems. A study carried out by UNICEF in 2012 found that around 2,000 children die every day due to diarrhoea caused by a lack of access to clean sanitation and water.

But the problems simply do not stop there. They create social divisions in societies, with women suffering from humiliation, harassment and even sexual and physical attack because they have nowhere safe to go to the toilet.

An investigation by WaterAid found that 50% of girls in Ethiopia missed between one and four days of school due to menstruation. Meanwhile, a separate study said that women in Bangladeshi factories were using rags from the floor as menstrual cloths, leading to infections that resulted to absences from work, loss of vital pay and inevitable economic loss for the factory owners and the workers.

The issue of sanitation has recently moved into the spotlight of the global arena, when in 2010, the UN General Assembly voted in favour of a resolution that acknowledged that access to clean water and sanitation was a basic human right. The resolution calls upon all states and international organisations to provide resources to help developing countries meet their sanitation needs.

The 2013 edition of World Toilet Day is recognised officially by the UN for the first time. But this does not by any means mean the mission is complete.

The global community needs to come together to address these issues. Access to clean facilities could potentially save billions upon billions of pounds every single year with reduced health costs and giving people their basic human right.

It is estimated that for every dollar spent on improving sanitation, around $9 is yielded in terms of economic returns.

For investors, policymakers and businesses, it’s an area that could be potentially groundbreaking both socially and economically.

To mark World Toilet Day, WaterAid is asking people to email their MPs about sanitation issues, and also to send a message to international development secretary Justine Greening, asking her to attend the 2014 High Level Meeting of the Sanitation and Water for All partnership in Washington DC. Click here to add your voice.