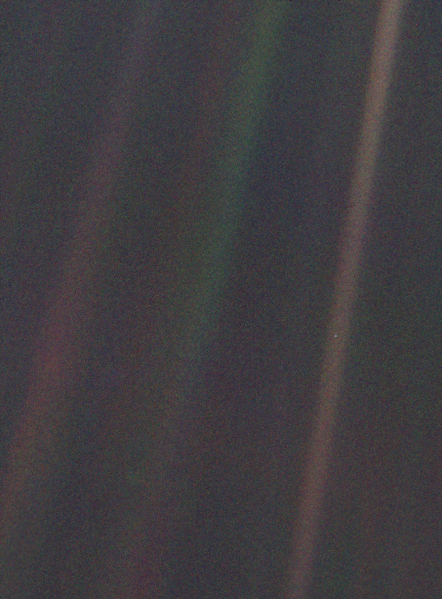 42 is the answer to life, the universe and everything

Readers of Douglas Adams’ Hitchhiker’s Guide to the Galaxy (H2G2 to the aficionados) will know the significance of 42. When the super computer Deep Thought is asked what the answer to the ultimate question of life, the universe and everything is, it answers after 7.5m years, ‘42’. Deep Thought’s creators sheepishly realise that they don’t know the question.

Today, 42 comes into sharp focus for Blue & Green Tomorrow. That is how many days we have left to reach our ambitious fundraising target. Over the weekend we published where that money will go and we now have 42 days to get there. Forty-two days or six weeks if you prefer to think in weeks. That means we have 1,008 hours, 60,480 minutes, or just over 3.6m seconds to raise £24,000. Less by the time you’re reading this. That’s £570 per day or more by the time you’re reading this. In the words of the eponymous H2G2, “Don’t panic!”

At Blue & Green Tomorrow, we’re indebted to Douglas Adams for writing H2G2, in which he describes Earth as “an utterly insignificant little blue-green planet.” That’s where the magazine’s title comes from. It’s also why we’ve never been fans of the land-centric ‘green’ movement on our predominantly blue planet.

In 1990, Carl Sagan asked NASA to turn the spacecraft Voyager 1 around to take a photograph of Earth from a record distance of 6 billion km (3.7 billion miles). Earth was seen as a tiny dot against the vastness of space. In Sagan’s book, Pale Blue Dot: A Vision of the Human Future in Space, he related his thoughts on a deeper meaning of the photograph:

“From this distant vantage point, the Earth might not seem of any particular interest. But for us, it’s different. Consider again that dot. That’s here. That’s home. That’s us. On it everyone you love, everyone you know, everyone you ever heard of, every human

Click to enlarge: Earth, as seen from around 6 billion km (3.7 billion miles).

being who ever was, lived out their lives. The aggregate of our joy and suffering, thousands of confident religions, ideologies, and economic doctrines, every hunter and forager, every hero and coward, every creator and destroyer of civilisation, every king and peasant, every young couple in love, every mother and father, hopeful child, inventor and explorer, every teacher of morals, every corrupt politician, every “superstar”, every “supreme leader”, every saint and sinner in the history of our species lived there – on a mote of dust suspended in a sunbeam.

“The Earth is a very small stage in a vast cosmic arena. Think of the rivers of blood spilled by all those generals and emperors so that in glory and triumph they could become the momentary masters of a fraction of a dot. Think of the endless cruelties visited by the inhabitants of one corner of this pixel on the scarcely distinguishable inhabitants of some other corner. How frequent their misunderstandings, how eager they are to kill one another, how fervent their hatreds. Our posturings, our imagined self-importance, the delusion that we have some privileged position in the universe, are challenged by this point of pale light. Our planet is a lonely speck in the great enveloping cosmic dark. In our obscurity – in all this vastness – there is no hint that help will come from elsewhere to save us from ourselves. The Earth is the only world known, so far, to harbor life. There is nowhere else, at least in the near future, to which our species could migrate. Visit, yes. Settle, not yet. Like it or not, for the moment, the Earth is where we make our stand. It has been said that astronomy is a humbling and character-building experience. There is perhaps no better demonstration of the folly of human conceits than this distant image of our tiny world. To me, it underscores our responsibility to deal more kindly with one another and to preserve and cherish the pale blue dot, the only home we’ve ever known.”

We couldn’t put it better ourselves. Nor would we even try.

Everything we love, everything we own, consume and invest in, is on that pale blue dot. Small isn’t it.

Unless we radically adjust our behaviour and question the sustainability of our every action, we are going to leave that pale blue dot in a very sorry state for future generations.

Help us change the debate at http://www.sponsume.com/project/blue-green-tomorrow

There really is no plan(et) B.