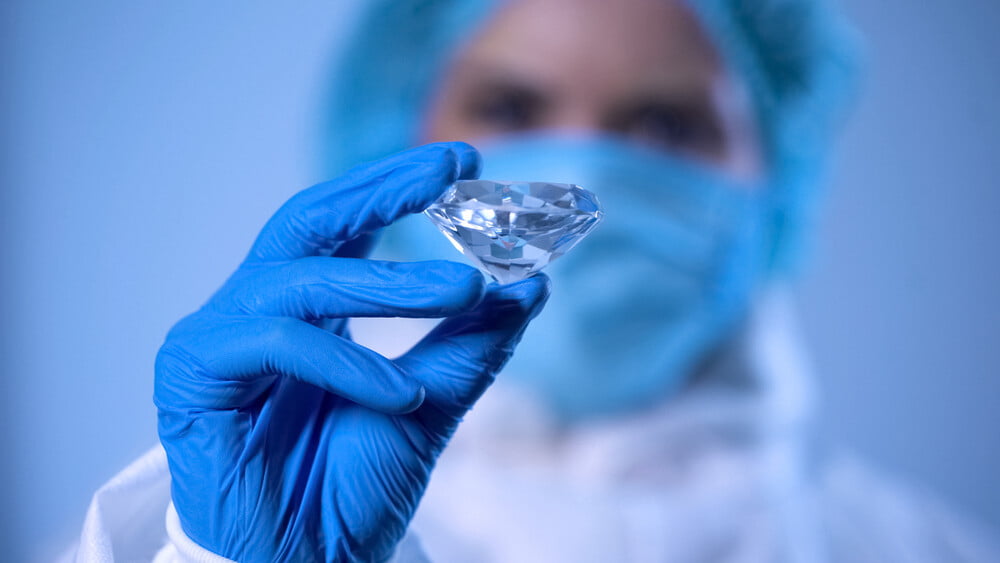 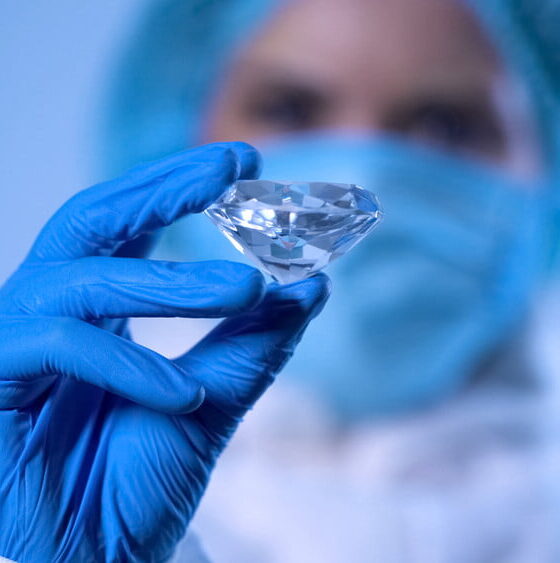 There are countless things that you need to take into consideration when choosing a sustainable or ethical brand to support. Ethical brands touch on every major industry.

One industry where ethical business practices are getting a lot more attention is diamonds. As many people become more concerned about the rise of child soldiers in places like Darfur and the environmental hazards that diamond mining poses, they are turning to more ethical options.

Lab grown diamonds could be among the most ethical options for diamonds available.

Diamonds have long been the world’s favorite gemstone. The diamond industry is currently worth an estimated $86.9 billion — and that figure has been anticipated to rise to $93.4 billion by 2024. Traditionally mined from beneath the ground, they have been used as decorative items since ancient times, and are particularly synonymous with engagement rings.

But while they remain incredibly popular, more and more people are turning to lab-grown diamonds instead, often in light of the manifold problems faced by the traditional practice of extracting diamonds. These include environmental issues like soil erosion, deforestation, and ecosystem destruction, all of which are caused by mining, as well as human rights abuses during the mining process, and the use of so-called blood diamonds to finance wars.

The market for them is rising even faster today, as even more benefits are discovered. In addition to being conflict free, these diamonds are also eco-friendly.

Research shows that the lab-grown diamond sector grew by around 15-20% in 2019, and it’s expected to occupy a 10% share of the overall diamond market by 2030. As the name suggests, these gemstones are produced in laboratories using artificial processes, rather than being mined for, but the result is a visually and chemically identical stone. However, there are a lot of misconceptions around lab-grown diamonds, from their authenticity to the number of flaws the diamonds have. So, to clear up some of the confusion, we’ve debunked five of the most common misconceptions about lab-grown diamonds.

Lab-grown diamonds are just as real as those mined from the ground, and have the exact same chemical, physical, and optical characteristics. As stated by jewelers Taylor & Hart: “[They] shouldn’t be confused with a diamond simulant, like moissanite or cubic zirconia.” The brand goes on to note these stones “are not chemically identical to an earth-grown diamond and… should be categorized as diamond alternatives.” In fact, lab-grown variations are produced from the seeds of a real diamond, through one of two methods, both of which cause carbon atoms in the seeds to crystallize and form diamonds: high pressure high temperature formation or chemical vapor deposition (CVD). The former involves subjecting the seeds to extreme heat and pressure, thus mimicking the natural diamond formation process, while the CVD method uses high heat and carbon-rich gas. As such, the only difference between mined diamonds and lab ones is where they are made.

Just like mined diamonds, lab-grown diamonds aren’t perfect, and often have imperfections including blemishes, scratches and chips. After all, while scientists can control the environment in which a diamond is grown, they can’t manage the entire formation process, nor control the inherent randomness which naturally leads to imperfections. That said, the average lab-grown diamond does tend to have fewer flaws than ones which have been mined, and the ability to manage its environment increases the odds of creating higher-quality gemstones. But to suggest that lab-grown diamonds are always of a better standard than ones which have been mind would be a major overstatement.

While it’s true that lab-grown diamonds are more affordable than their mined counterparts, costing up to 60% less in some cases, that doesn’t mean they come cheap. The most recent statistics show that a one-carat lab-grown diamond costs an average of $4,350, with a 1.5 carat gem costing $7,275. After all, they do have the exact same properties as mined diamonds, with the main reason for the difference in price being the costs it takes to mining the stones.

4. Lab-grown diamonds have no environmental impact

It would be ideal if lab-grown diamonds were entirely eco-friendly, but unfortunately this isn’t the case. Unlike mined diamonds, which are formed from natural heat and pressure over the course of billions of years, lab-grown diamond manufacturing uses huge amounts of energy over just a few weeks. That said, they still emit far fewer greenhouse gas emissions overall, require much less water to make, and do not disrupt any land.

5. Lab-grown diamonds are the only conflict-free diamonds

One of the main motivations people have for buying lab-grown diamonds is that they’re conflict-free. The mined diamond industry is beset by the issue of blood diamonds, in which the gemstones are mined in a warzone and sold to fund illegal military activity. However, thanks to the Kimberley Process, 99.8% of mined diamonds sold today are now conflict-free. As such, you don’t necessarily need to buy a lab-grown diamond to ensure your gemstone hasn’t contributed to financing wars.

There are a lot of ethical businesses that are worth supporting. A lot of lab grown diamonds are great for consumers that care about the environment and want to avoid supporting the use of child labor and wars in developing economies.