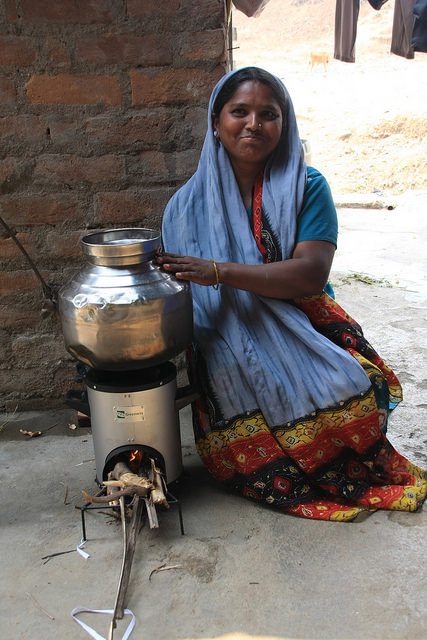 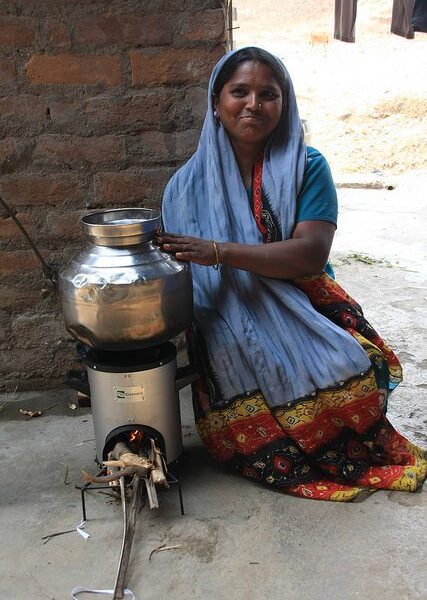 The Ashden Awards uncover and reward sustainable energy pioneers in the UK and across the globe, to date it has given out 170 prizes. Greenway Appliances was one of the five international winners in the 2014 awards.

– Over 85% of rural and 65% of urban households in India cook with biomass fuels.

– In 2012 1.7 million people in South Asia died prematurely as a result of household air pollution from cooking (WHO).

Despite rapid economic growth and uptake of consumer goods like televisions and mobile phones, most Indian women still cook with wood or dung. This is not only time-consuming: it produces health damaging smoke.

Neha Juneja is CEO of a rapidly growing clean cookstoves business which she co-founded with Ankit Mathur just two years after completing her MBA in 2008. Greenway Appliances’ mission is to provide an affordable, desirable cookstove to improve quality of life for Indian women. Collecting and cooking with wood and dung is not only time-consuming; it creates dirty, smoky kitchens. Greenway’s simple stoves dramatically reduce kitchen smoke, cook more quickly, and stay cleaner for longer.

And they’ve been designed with women’s needs and aspirations in mind. Aside from taking care to produce a stove women were comfortable using, extensive market testing revealed that they sell far better when marketed as an essential part of a modern kitchen: more than 120,000 stoves had been sold by the time the company won an Ashden Award in May 2014.

It’s great to see an Indian woman engineer leading the way in providing efficient cookstoves, designed around the aspirations and needs of women.

For the past year, Ashden has worked with Greenway to develop a new, interactive and user-friendly website that better promotes its fuel-efficient cookstoves and showcases its branding.

Greenway also set up its own manufacturing facility and, with its prize money, is investigating working with microfinance institutions to recruit women in the value chain, especially to sell the cookstoves in South India.

Greenway has now sold over 220,000 stoves, reaching around 1 million people.

The potential market for improved stoves in India is enormous. Greenway wants to be a leader in the sector, and continues to invest in marketing and advertising to enhance its already strong growth.

New products are also under development. A larger version of the Smart stove has been developed, and was launched commercially in June 2014. Other products including a stove with inbuilt electricity generation are also in the pipeline.

Find out more at http://www.ashden.org/winners/Greenway14