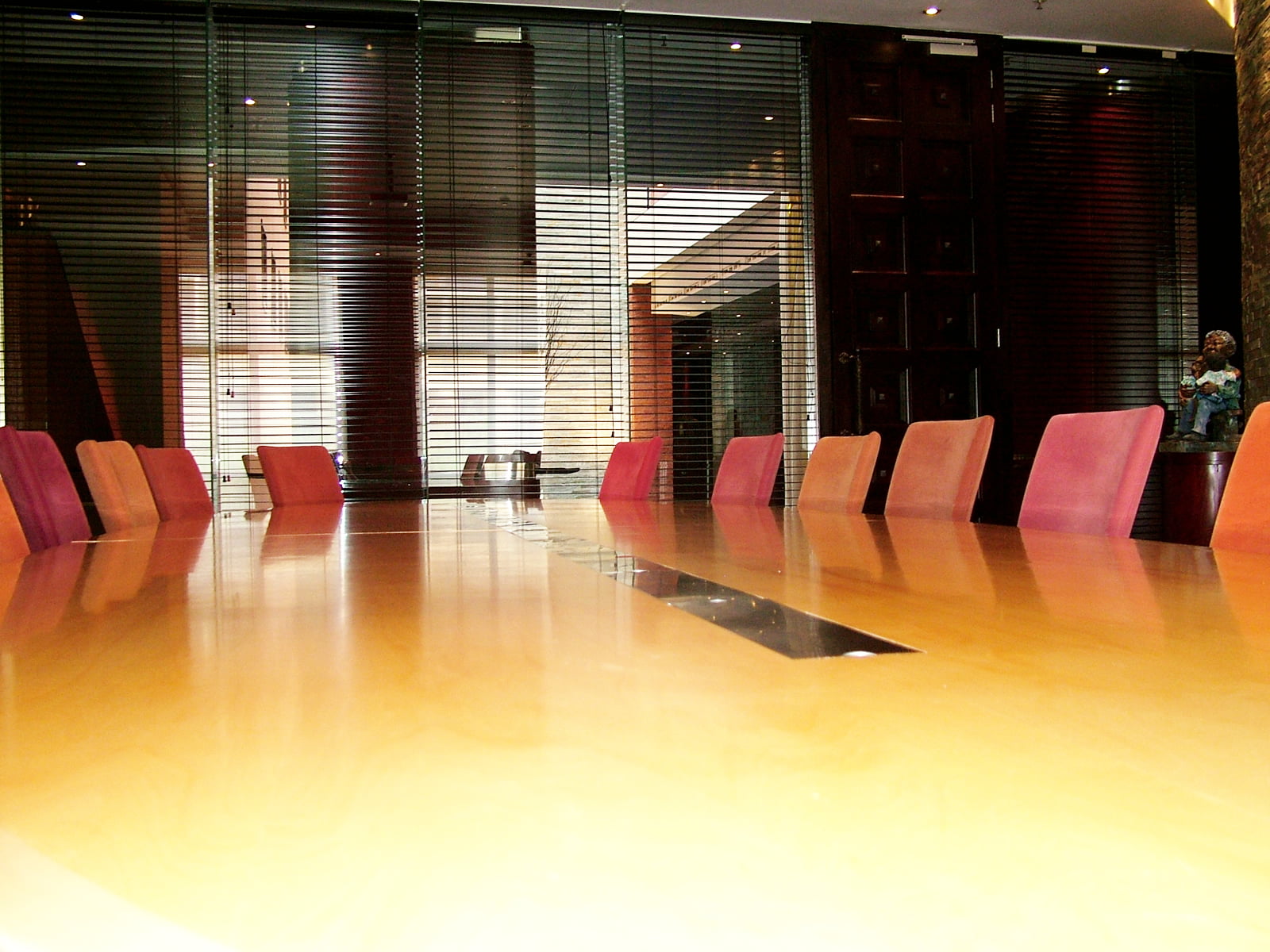 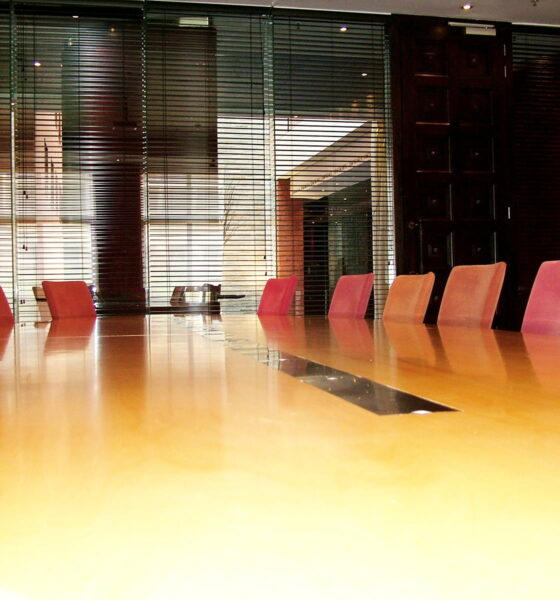 Barclays and Aviva are two high-profile companies that have recently made the headlines because of shareholder revolts over excessive executive pay. Especially at a time of recession, this trend is simply not sustainable for our economy.

Real questions over executive pay have really only entered the public and shareholder consciousness in more recent years, but the very nature of the revolts currently occurring threaten to cause widespread economic instability and an unrelenting slump.

One of the first national cases of this ilk involved former M&S chief executive Sir Stuart Rose, who in 2009 pocketed a cushy £4.3m in pay and bonuses—a 140% increase on his previous year’s income—despite the organisation’s revenue rising by just 5% to £632m in the same year.

But in the last few weeks, Barclays and Aviva both hit the headlines after witnessing shareholder uprisings because of the disproportionate pay-packets of their executives.

Shareholders have begun to throw their weight around in major companies, and the fallout of the Aviva case study in particular saw chief executive Andrew Moss forced into resignation.

According to shareholders, Moss’ position had become untenable, particularly given that Aviva, as an institutional investor, had voted against excessive executive pay at Trinity Mirror, whose own chief executive Sly Bailey has received similar flak.

“Shareholders have lost patience with companies that have underperformed and are still paying out a lot of money”, says Tom Powdrill, head of communications at corporate governance advisory firm, PIRC.

“The political pressure is a new thing, and has certainly been really strong in the last couple of years.

“As a result, there must be, because of the voting outcomes [54% of Aviva shareholders voted against the company’s executive pay policies], some institutions out there that have basically decided that they need to toughen up their approach for whatever reasons.

“That combination of factors just hasn’t been there before.”

In 2010, an independent inquiry was launched to tackle the issue of executive pay. Chaired by Deborah Hargreaves, formerly of The Guardian and The Financial Times, the yearlong investigation, called the High Pay Commission, spawned the formation of the High Pay Centre, of which Hargreaves is director.

“When we had rising house prices and a fairly benign economic climate, people were more relaxed about big pay awards, but I think since the financial crisis, that’s changed”, she told Blue & Green Tomorrow.

“There has been increasing public anger, but also shareholders have begun to realise that they’ve been short-changed by these companies, where they’ve paid ever-increasing amounts of money to the top managers, and yet they themselves have not seen their returns increased and their dividend has been stagnant.

“The share prices have gone down, so shareholders have been losing out and have not really been getting what they paid for.”

The Aviva remuneration report vote speaks for itself. A percentage of shareholders nine times larger than the British average opposed the company’s executive pay policies; Barclays suffered a similar fate.

A total of 26.9% of shareholders were against its executive pay package, whilst a further 21% voted against the re-election of Alison Carnwath, the remuneration committee chairman who is incidentally still in a job.

Paying boardroom executives millions of pounds in bonuses and increasing their pay dramatically year-on-year despite the company’s overall financial situation being stagnant or declining is simply unsustainable.

“I think it’s particularly contentious because of the economic climate that we’re in”, Hargreaves adds.

“When you’re seeing people getting very minimal pay rises or pay freezes, and in some cases pay cuts, or people getting made redundant and slipping down the income ladder, I think it then becomes a big public debate.

“The feeling is that there is a great deal of unfairness in the way people at the top are awarded, and I think it’s quite hard for the general public to understand the justifications...”

Powdrill of PIRC, which was founded in 1986 and stands for Pensions and Investment Research Consultants, adds that there were three drivers behind the latest wave of executive pay protests from shareholders.

“Partly, it is the reality that shareholders seem to get more interested in governance issues and are more exercised about remuneration where the performance of companies isn’t great”, he says.

“Secondly, since the financial crisis in the UK, there has been a fairly common thread, which has continued despite a change in government, that shareholders need to be more active on governance issues more generally.

So what is the solution? Clearly, whilst executive pay disputes continue to hog national headlines, more shareholders are going to speak up and make their voice heard within other major companies.

In Australia, they have a “two strikes” system, under which company directors are forced into re-election if more than 25% of shareholders vote against the remuneration report for two consecutive years.

Whilst this procedure might not work in the UK—Powdrill says the Australian system is “a bit complicated”—something of a similar type is required to put an end to the worrying trend.

Business secretary Vince Cable has previously outlined solutions, such as giving shareholders a binding vote on pay, but this in itself, if implemented wrongly, could cause even greater problems for companies.

Even without legislation on unjustly excessive pay-packets, the High Pay Centre’s Hargreaves thinks that in some ways, companies will naturally realise that this isn’t a sustainable path to follow.

“There is this erosion of public trust in companies, and companies are even thinking that it might affect their license to operate in the UK”, she says.

“Once that starts to happen, it’s a very worrying trend, because we need these companies to lead us out of recession.

“We can’t have a situation where the public thinks they’re all ripping us off, so I do think companies are looking at this in more detail.

“They’re not all taking any action and some of them don’t see the need to, but I do think there is a realisation that one thing needs to change, and it will change in the next couple of years.”

Let the cases of Barclays and Aviva be a lesson to all major companies around the world. As shareholders become increasingly vocal, paying executives irrational sums of money during mediocre or even loss-making financial times will become a thing of the past.

Despite this, Blue & Green Tomorrow encourages shareholders and investors to support companies that are concerned about the issue right now.

More businesses with these ethics will reap equality in our economy. And with an equal economy comes sustainability – the key to a blue and green tomorrow.