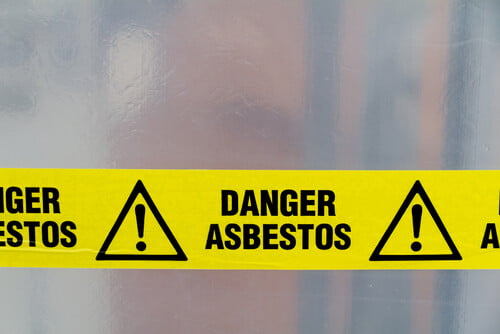 EPA Asbestos Ruling Shows That The Fight Isn’t Over

The dangers of asbestos have been evident for thousands of years, even as its use persisted. Greek and Roman philosophers knew about the effect asbestos fibers had on the lungs of miners, and even described the use of a primitive air filter. Doctors meanwhile were attributing asbestos to lung disease in the 1890s, and the U.S. government opted to ignore advice it received in the 1930s on phasing out the material. The current handling of EPA asbestos decisions points to the fact that the fight still continues.

Fast forward nearly a century, and America appears to be going backwards. The Environmental Protection Agency made a number of questionable decisions under the leadership of Scott Pruitt, the former anti-EPA activist who resigned in ignominy earlier this year. The bent of its policies seem unaltered, however, with the recent news that it’s seeking to reclassify and potentially legalize new uses of asbestos. The result could be an acceptance and re-emergence of asbestos that would deal a blow to environmentalism worldwide.

The EPA was first formed in 1970 as a reaction to public concern around pollution, pesticides, and increasing evidence around the dangers of asbestos. The Clean Air Act that same year banned spray-on asbestos products, and gave the EPA the ability to regulate asbestos use as a potentially hazardous air pollutant. Asbestos was phased out of schools starting in 1986, and in 1989 a complete ban was proposed, but fell flat due to concerns about the costs to businesses.

There have been many attempts since to completely ban the use of asbestos in America. The closest was the so-called Murray Bill, which would have enacted a total ban on asbestos and other fibrous substances, as well as funding further research and treatment. First put to Congress in 2002, it would take until 2007 for it to make serious progress. Concessions were made to appease both parties; one of these – allowing the sale of products not deliberately tainted by asbestos – lost the support of anti-asbestos campaigners. This amended Murray Bill passed through the Senate, but died in the House of Representatives.

Other attempts have been made, but to date, none have succeeded. Thanks to the work of industry lobbyists, the use and importing of asbestos is still legal in the United States so long as it does not make up more than 1% of any given product, and does not fall under six specific categories (including new uses of asbestos). While its use has been largely phased out of mainstream construction, it is still regularly used in vehicle parts and some insulating products.

What the EPA is now proposing is called a Significant New Use Rule (SNUR). Under this rule, uses of asbestos which were known to the EPA but not specified in existing legislation would now be regulated, with the manufacturers required to notify the EPA. In theory, this will allow the EPA to clamp down on uses that were previously legal, closing ‘loopholes’ in asbestos regulations and providing an impetus for a more comprehensive ban.

Critics however suspect ulterior motives. By reassessing uses of asbestos that had fallen out of favor anyway, the EPA may actually legitimize and legalize these uses, as well as new iterations on old products and designs. Campaigners are particularly worried about the criteria the EPA plans to use to assess these products, which will not take into account the damage caused by historic asbestos use, the presence of asbestos in landfills and dumpsites, or certain types of asbestos fibers. The suggestion from former employees and industry experts is that this lax approach will lead the EPA to reclassify asbestos as less of a threat, and create a pathway to increased usage in the United States.

While this trick has not yet been repeated elsewhere, we are still some distance from an asbestos-free future. A recent report in the UK criticized the government for not falling into line with stricter EU regulations on asbestos, and called for more to be done to minimize the risk caused by the substance. A large percentage of UK schools still contain asbestos, and it continues to impact on the environment in the United States and beyond. In the case of decorative textured coatings like Artex, stocks were in use well after the ban was initiated, and many homeowners are still not aware of the danger they pose.

Achieving a global consensus on environmental issues can be a tortuous process, but the issue of asbestos has come closer than most. From the 1980s onwards, many countries took it upon themselves to phase out the substance, and many had banned it completely by the early 2000s. The UK (a historically heavy user of asbestos) banned the production and use of new asbestos products in 1999, while the European Union enacted a complete ban in 2005, following similar legislation in France, Germany and several other nations.

Asbestos is now banned in more than 50 countries worldwide, including those of the EU. In addition, the United Nations has committed to a global ban on the substance by 2020. While work remains to be done on this front, countries including Canada and Brazil have recently fallen into line, and have finally ended the mining and use of asbestos domestically. There are still notable holdouts, however. India’s asbestos consumption actually increased by 52,000 tons in 2015, the last figures on record. Similar figures can be seen in China and Russia, while mining continues at particular pace in Russia and Kazakhstan.

As the traditional Western nations benefited from high carbon energy and cheap building materials, so developing nations are choosing these options. Without extensive efforts to incentivize the use of cleaner materials, these countries will continue to impact negatively on the climate – something we can ill afford given recent news. What’s worrying is how these attitudes could spread to other developing nations, particularly given the attitude of the EPA. If a major Western nation legitimizes the ongoing use of asbestos, this could empower others to do the same, causing untold damage to the environment and people in those countries.

At a point where the consensus on environmental issues seemed to be settled, recent political developments have thrown a wrench in the works. Asbestos is just one of these issues, but in many ways, it could be the canary in the coalmine. One of the oldest and most potent threats to public health is also the most stubborn – a sign that the fight is never over when it comes to protecting public health, and working towards a safer and more sustainable future.

This post was contributed by Lee Sadd, Operations and Training Director at health & safety consultancy SAMS Ltd. SAMS is a leading provider of online asbestos courses, and offers a range of classroom courses, business advisory services and event management solutions.