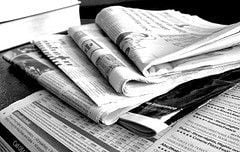 Here, Blue & Green Tomorrow rounds up some of April’s biggest headlines – a month in which Earth Day took place, the EU voted to ban the use of harmful pesticides and the Co-operative Bank pulled out of a deal to buy 632 Lloyds branches.

A number of studies have found that neonicotinoid pesticides compromise the neurological functions of honeybees (Studies shows bee brain damage caused by pesticides). Others have demonstrated that the loss of pollinating services from insects (including bees) could cost $200 billion (£131 billion) to replace artificially (Loss of $200bn pollinating services will be harmful, scientists warn). With these in mind, EU member states voted to ban the use of neonicotinoid pesticides in April.

Environmental campaigners were pleased with the outcome. The Guardian reported on comments made by environment minister Lord de Mauley, Greenpeace’s chief scientist, Doug Parr and Friends of the Earth’s head of campaigns, Andrew Pendleton. They described the decision as a “significant victory for common sense and our beleaguered bee populations” (Bee-harming pesticides banned in Europe).

Writing for the International, Kylie Schultz discussed how pesticides were not the only a threat to dwindling bee populations (EU Ban on Bee Killing Pesticides Puts Pressure on US). Meanwhile, an article from Reuters explained how rapeseed production could fall in the EU as a result of banning the pesticides (EU pesticide ban to save bees may curb rapeseed production).

This is Somerset explained how some beekeepers were unsatisfied with the EU ban outcome. With the ban holding a two-year lifespan, the article outlined how the period would not be long enough to allow bee populations to recover, offering better alternatives in restoring populations (Liam Creedon: Not all beekeepers happy with pesticide ban).

A topic that evoked disappointment last month revolved around the Co-operative Bank, which announced that it was pulling out of a deal to buy 632 branches owned by Lloyds Banking Group (Co-op Bank faces uncertain future as deal to buy Lloyds branches collapses).

The bank would be passing on a potential 4.8 million extra customers (Co-op to take on 4.8m Lloyds customers in banking overhaul), and an article for the Guardian blamed George Osborne’s economic policies for the Co-op’s decision to pull out of the deal (Co-op-Lloyds deal collapse shows Osborne’s policies are failing, says Labour – video).

Referring to the Co-op deal as a “marriage”, Herald Scotland commented on the stiff criticism that the bank has received for “flip-flopping on the deal, having wasted nearly £60m in the process” (The Co-op and Lloyds: why the marriage is off).

The final big story of April was devised by Gaylord Nelson, a US senator from Wisconsin who was inspired by the student movement and the 1969 Santa Barbara oil spill to create Earth Day (Earth Day 2013: for our planet and our future).

The day’s attempt to remind people that our precious planet needs to be protected from climate change, led The Guardian to showcase Google’s engagement with the event, by dedicating a unique Google doodle. The article further outlined Google’s environmental engagement with other projects, referring to the company as “no stranger to environmental efforts”(Earth Day 2013 honoured with interactive Google Doodle).

Elsewhere, Triple Pundit gave an exciting background to the day’s origins, highlighting how relevant and educational it remains, 43 years in (Celebrating Planet and People on Earth Day).

Finally, Time Magazine wished everybody a “happy Earth Day”. Illustrating its article with a striking NASA satellite image of the Earth lit up from space, the first line of the article said “Sometimes, we all need a reminder that the Earth is in fact rather beautiful” (Reading While Eating for April 22: Happy Earth Day!)