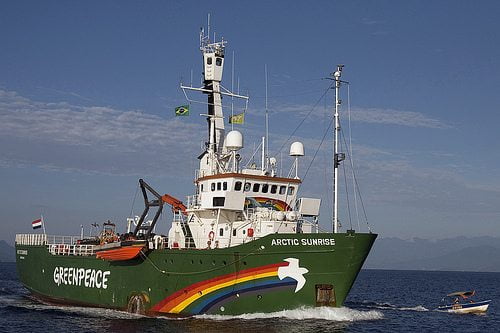 Fill in a survey to help Greenpeace shape its campaigns

Greenpeace, the environmental campaign group at the frontline of some of the most urgent environmental battles, is on the lookout for responses to a survey that will help it plan its campaigning in the coming months.

Among some of its more high-profile campaigns in recent months are a fight to save Britain’s declining bee population (along with Friends of the Earth and others) and a movement to get MPs to vote for a decarbonisation target in the energy bill.

But perhaps its best work has been directed at oil giant Shell. This really began in 1995, when Shell unveiled plans to sink one of its defunct oil rigs, called Brent Spar, at sea. Greenpeace protested heavily, saying the environmental consequences of such action were vast, and its work eventually forced Shell to dispose of the rig on the land instead.

More recently, the campaign group has targeted retailer Waitrose for hosting Shell petrol stations at its stores, and has also publicly slammed the oil giant for its exploration activities in the vulnerable Arctic regions.

Not only will your responses to its short survey help shape its campaigns in the future, but you can also grab a pack of exclusive Greenpeace postcards by answering the questions.