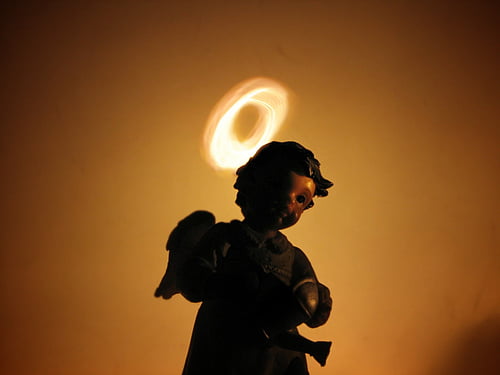 It’s time to look at five areas where you can invest sustainably. Yesterday, day six of our countdown to the end of our crowdfunding campaign, we looked at the sextet of sin stocks. Today we look at the saint stocks to be included.

As UKSIF chief executive Penny Shepherd pointed out in a recent article during National Ethical Investment Week, investing ethically is a little bit more involved than unethical investing but fortunately, Blue & Green Tomorrow is here to clear the path. If you can help us do this, we’ll do the hard reading and research so you don’t have to.

Whatever the cause, our climate is changing, and we need to mitigate, or make less severe, our contribution to that change; adapt to unavoidable change it or geoengineer (the deliberate large-scale intervention in the Earth’s climate system, in order to moderate global warming) our way out of the mess.

This pecking order, 1) mitigate, 2) adapt and 3) geoengineer, is often trotted out, but the order is important. It is better to reduce our impact (mitigate), before we are forced to adapt to inevitable change. The last on the list is geoengineering, as on paper it offers a straightforward engineering solution and means we can carry on business as usual. The downside is any ‘large-scale intervention in the Earth’s climate system’ is going to have unforeseen consequences and the scale of that intervention may be beyond us.

Some funds invest in green or clean technology or renewable energy companies and/or screen out those with heavy carbon footprints.

If you’re most concerned about climate change, then look for or ask about funds that take this approach.

The environment – there’s more to the biosphere than the climate

As we, and Zac Goldsmith, often point out, the single issue of carbon emissions often disguises the broader issue of widespread pollution and waste. Any level of pollution and waste means harm and inefficiency in a process, so the lowest polluting and least waste-creating companies are, by definition the least harmful, most efficient and sustainable.

Funds may seek the best green performers and to screen out those with poor records on waste or pollution.

If you’re most concerned about the environment, then look for or ask about funds that take this approach.

Equal opportunities – sustainability is about people as well as the planet

For years, business practices have ignored discrimination on the grounds of race, gender, disability, age and sexuality. It is only over the howls of indignation that business lobbies and companies have been dragged kicking and screaming, using law, to more enlightened practices. This is not the case throughout the world and many developed world countries rely on divisions or third parties that do not subscribe to standards of behaviour that we would accept as normal.

If you’re most concerned about equality, then look for or ask about funds that take this approach.

Human rights – no really; humans and their rights really matter

Ever since the Universal Declaration of Human Rights (UDHR) was adopted in 1948, individuals, corporations and governments around the world have been doing their level best to circumvent or override them.

While a corporation is not a member state or signatory of the UDHR, one would like to think that as they enjoy the freedoms of living in a country subject to the articles, they would use their considerable power and reach to adhere to them in principle and practice.

If a company treats it employees unfairly they are in breach of article 23 that, “Everyone has the right to work, to free choice of employment, to just and favourable conditions of work and to protection against unemployment.” If a company invests in or supports an oppressive regime that are in breach of almost every single clause.

Funds that have human rights at their core ask whether a company treat its employees fairly or whether it has dealings with oppressive regimes.

If you’re most concerned about human rights then look for or ask about funds that take this approach.

As repeated research has shown, companies that act more sustainably reap higher long-term profits. As the CBI recently reported, low-carbon products and services could add £20 billion to Britain’s GDP by 2015.

Funds can choose to invest in companies that contribute positively to society and the environment such as green technology companies, healthcare or public transport systems.

If you’re most concerned about companies playing appositive role in society, then look for or ask about funds that take this approach.

Get the right advice

So there you have it. These are just five of the positive investment options for the enlightened and engaged investor and six sectors to avoid.

Don’t be fobbed off by misinformed financial advisers and profiteering commentators who discourage you from matching your ethics and values with your investment approach, at any cost to society and the environment.

A large number of financial advisers would simply place your money with whoever paid them the most commission – until RDR kicks in at the end of the year, and then they won’t touch you unless you’re wealthy.

Remember, financial advisers are human and dependent on their bounded rationality, experience, prejudices and need for income.

An ethical IFA is simply one that has specialist knowledge of ethical stocks and funds. An IFA is required by the FSA to take into account your ethics and values, and an ethical IFA is just more able to do so. Most don’t or try and put you off doing so.

The enlightened and engaged kind of people who choose a specialist ethical IFA over another IFA tend to want to place more importance on ethical considerations but it’s a continuum from dark green (maximise good) to light green (minimise harm) to couldn’t give a fig (sin stock territory).

We strongly recommend the following:

If you’re not covered by one of the above you can find more at the Ethical Investment Association, the industry body of specialist ethical financial advisers.

In the meantime, here’s another five reasons to invest in ethical funds from our National Ethical Investment Week coverage.