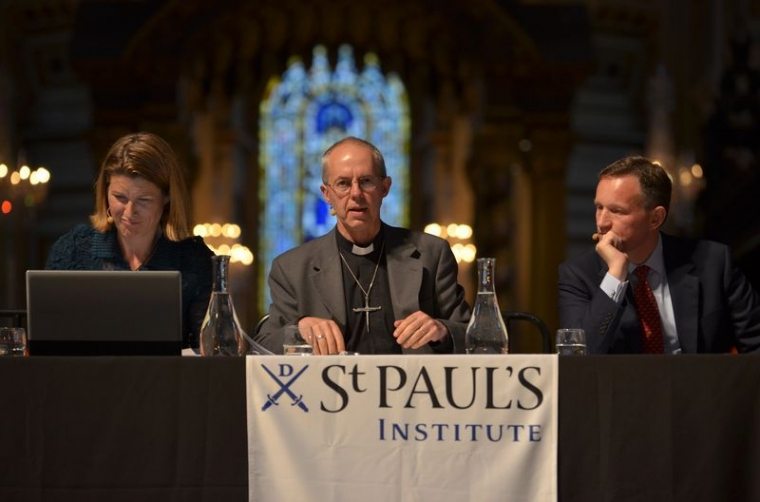 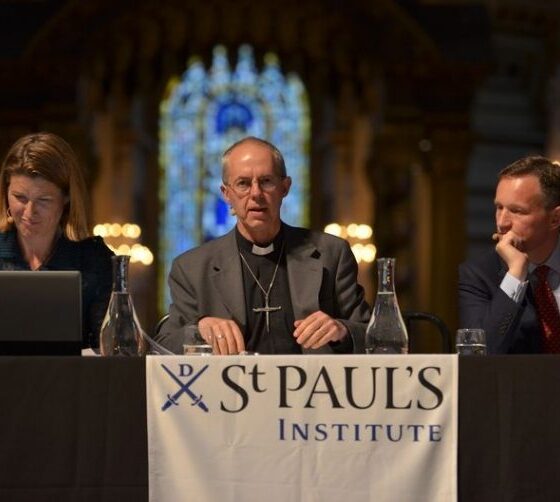 God v mammon or a match made in heaven?

The Good Banks debate on Wednesday June 12 was the last in the triptych of The City and the Common Good debates at St Paul’s Cathedral. The panel composition of Barclays Group CEO Antony Jenkins, former Office of Fair Trading CEO John Fingleton, Move Your Money CEO Laura Willoughby, topped with a keynote from the archbishop of Canterbury Justin Welby, and all chaired by the BBC’s Stephanie Flanders, was always going to be an intriguing and lively session – and it didn’t disappoint.

The keynote was delivered by the archbishop, who called for the banking industry “to be good”, adding that there will never be “perfect” banks, because “in the end, no human being is of themselves perfectly good.”

But the archbishop said that we can have “potentially good banks”, which are motivated by virtue and not just financial bonuses and penalties, and that such a banking system would be “realistic” about human fallibility, but “optimistic” about human potential.

In an interesting comparison, Antony Jenkins then took the stage; interesting of course because the archbishop is one of 10 key players intent on cleaning up the City through their membership of the parliamentary commission on banking standards, set up in the wake of the Libor rigging scandal.

Jenkins said that banks’ conduct let down society, and that they were “too focused on the short-term, too self-serving and too aggressive” and went on to add that he “wanted to do the right thing” and that there was no contradiction between “doing well and behaving well”. In fact, the scandals and crises of trust that had damaged his and other banks proved “you can’t have long-term success [if you don’t] behave responsibly”.

This led neatly into Laura Willoughby’s message for the evening: to move your money. Head of the aptly named Move Your Money campaign, Willoughby’s argument was clear: that banks have a hold over the average consumer and that if you feel that banks aren’t looking after your personal interests or sharing your personal values, then you should find a financial provider that does.

She cited building societies, and mutual and credit unions as all having a better track record of responsible investment, but stated that consumers were more likely to leave a relationship than move their money. However, figures widely quoted in the press and announced by Willoughby suggest that 2.4 million customers had done just that in the previous 12 months, so a growing trend perhaps?

Either way, Willoughby got the loudest cheer of the night and many questions were asked about where people could move their money to.

As an aside, consumers looking to explore the green and ethical credentials of where their money is held and invested may find EIRIS’ www.YourEthicalMoney.org website a helpful resource. Included on the site are practical guides outlining steps that consumers can take in order to apply green and ethical beliefs to their finances.

Unfortunately the archbishop couldn’t answer any pointed questions in the question and answer session, as he is in purdah as the banking standards commission (hopefully) finalises its recommendations on whether to make bankers wait 10 years for their bonuses, introduce new rules to make it easier to send bankers to jail and require bankers to sign up to a new set of standards (amongst other issues).

So it is thanks to the St Paul’s Institute and CCLA for a very interesting evening – and I’m sure as the commission’s findings become public, that many more of these conversations will be had.