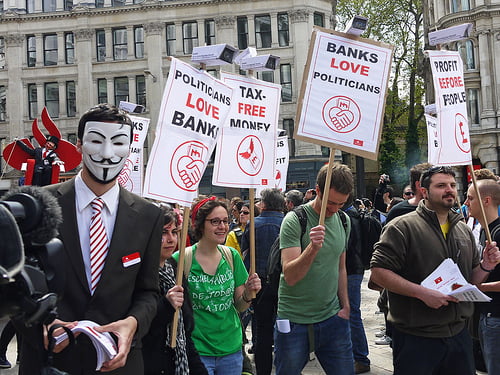 The mainstream financial services sector is suffering from a lack of new talent, according to a major survey of the industry. But for budding bankers, there remains plenty of sustainable solutions.

“The reputation of Britain’s banks has been so tarnished by the economic crisis and recent scandals that the industry is struggling to hire talented staff”, reads the opening paragraph of a Telegraph article from yesterday.

This is probably not that much of a surprise. Today’s young people are arguably the most environmentally and socially switched on generation of the post-industrial age. It seems obvious, therefore, that they wouldn’t want to work for banks that have become embroiled in crises-upon-scandal-upon-crises in the past five years alone.

“Financial services used to be our most popular sector. Now it’s not a sector [graduates] are attracted to”, said Kevin Burrowes, financial services partner at PricewaterhouseCoopers (PwC), one of the most prolific graduate recruiters in Britain who conducted the survey alongside the Confederation of British Industry (CBI).

In a video on PwC’s website, Burrowes added, “For the first time, many of the respondents have noted a big challenge around staffing, around skills and around talent, and the impact of a shortage of these on their ability to deliver projects and their ability to carry on doing their investments.”

Burrowes even said that PwC had had conversations with regulators over the lack of future talent.

With financial trade outstripping real trade 26:1, it is in the world of investment that we will create a viable, sustainable future. And so for graduates wishing to get into the world of banking, but who have perhaps been put off by recent events in the sector, there are a number of options.

The UK boasts a thriving alternative banking community. They don’t mis-sell products to customers, deliberately rig interest rates or reward their executives with outrageous bonuses, even though the bank has made an annual loss; instead, they focus on the social and environmental benefits that can be brought on through financial trade.

“All banks are not the same”, said Patrick Crawford, chief executive of Charity Bank – an ethical bank that estimates it has directly improved the lives of some 3.5 million people since its foundation 10 years ago.

“Because we are impact- not profit-driven, we share the same values as our borrowers, depositors and investors, and we all have the same goal of trying to maximise social good.

“Our staff are integral to this ethos, and everyone at the bank considers themselves to be part of this community of people with a common purpose.”

Crawford added, “We are proud to be part of a growing worldwide social banking movement that proves banking can be a force for good.”

All the signs point to the alternative banking sector being crucial to the long-term sustainability of an industry that appears riddled with problems. Just ask Greg Smith – the former Goldman Sachs employee who claimed the firm’s “toxic and destructive” environment forced him to quit his role as director at the bank, before adding that unethical investment banking “ultimately affects everyone”.

A decade-long comparison of some of the world’s biggest banks against a group of dedicated sustainable ones last year, found that institutions that place values at the forefront of their business model outstrip their mainstream counterparts in almost every department.

Many of the sustainable banks saw a huge influx in customer interest around the time when media coverage of the Libor rate-fixing scandal was at its most prolific back in July – with some opening three times as many new accounts as an average week, as the public looked to ditch the big banks.

The latest PwC/CBI survey, published quarterly, found that the financial services sector saw a 31% reduction in employees during the final three months of 2012. This equates to 24,000 people losing their jobs.

It will therefore come as welcome news to the graduates seemingly turning their attentions to other industries, that there are banking opportunities that don’t meddle in unethical and immoral practices.

“There are some banks it actually feels good to work at – and bank with”, said Lisa Stanley, head of communications at Triodos Bank, one of the largest sustainable banks in Europe.

“At Triodos Bank we operate a transparent, values-based banking model.

“These ethical values underpin everything we do, from the products we offer, fair executive pay and our lack of bonus culture, ensuring our depositors know exactly how their money is being deployed, to our culture and behaviours internally.

Stanley added, “To make the change that’s needed in the UK’s banking sector, we need to continue to employ high-quality and committed co-workers working for those banks who operate a more forward-looking, sustainable and ethical model.”

Antony Jenkins, chief executive of Barclays – one of the most prolific proponents of unethical practices in the past 12 months – recently sent a memo to the bank’s 140,000-strong global staff base, calling on employees to quit if they don’t agree with the bank’s renewed values.

His remarks are overdue, but welcome, and prove – slowly, but surely – that responsible, ethical, sustainable and better banking is becoming the popular option. For graduates, now is the best time to make a difference.