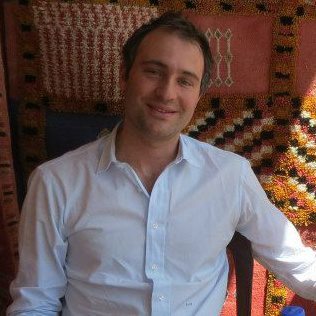 What if we dug out and burned all the hydrocarbons buried in the ground? “Then we’d be toast.”

Thus ended a conversation with the delightful Ben Goldsmith, a man with remarkable clarity of thought and purpose. At thirty years old, he is already a veteran in philanthropic ventures, the environment and making money.

What if we dug out and burned all the hydrocarbons buried in the ground? “Then we’d be toast.”

Thus ended a conversation with the delightful Ben Goldsmith, a man with remarkable clarity of thought and purpose. At thirty years old, he is already a veteran in philanthropic ventures, the environment and making money.

He sees the green industrial revolution as a fantastic opportunity, not only financially, but also for the good of the planet and the people on it. He owes a lot of his outlook to his family, especially his older brother Zac, who encouraged his love of nature. As boys they used to roam the woods and fields around their Ham home, learning about the wildlife, especially the birds. They used to watch mothers going back and forth, feeding their young, and they’d often ring birds to see which ones came back.

His uncle Teddy – founder of the Green Party and The Ecologist magazine – pointed him towards several business opportunities. And it’s very likely he inherited some of his business sense from his financier father, Sir James, who himself realised that “there’s no business to be done on a dead planet”.
The entrepreneur

The home he grew up in backs on to Richmond golf course and, when he was nine, Ben used to collect lost balls, clean them up and sell them back to the golfers. To get a better price, he offered to clean up the changing rooms so he could lay his hands on discarded ball boxes. Golfers would ring the bell at the gate and down would trot Ben to sell them for £15 a box.

Nowadays his business interests centre on WHEB Partners, which he co-founded in 2002, and its associated investment businesses. WHEB Partners invests in fast-growing businesses that focus on helping companies across all industrial sectors to improve their resource efficiency, thus saving money and benefitting the environment. Using resources more efficiently reduces a company’s exposure to commodity price increases and regulatory changes. In pragmatic terms, keep costs down first, conform to regulations second and be green third.

WHEB Partners’ two associated investment businesses are WHEB Asset Management, which runs a listed green equities fund with exposure to some of the world’s largest companies that are at the forefront of the green industrial revolution, and WHEB Infrastructure Partners, which invests in renewable energy infrastructure projects across Europe and is largely backed by pension funds. In total the WHEB Group has around €350 million under management today.

But Goldsmith’s time is spent primarily within WHEB Partners, which does venture and growth funding and buy-outs within the so-called cleantech theme. Its first fund was launched in 2004 and WHEB Partners now manages £130 million in long-term investments.

Goldsmith is modest about his achievements, but points out that off-market deals in the private fund are showing a decent premium on the buy-in price and the 18-month track record for the public fund is showing 20 percent growth. He is proud that he and his colleagues have created a multi-faceted green investment platform. He says: “We have built a nice solid foundation. We have a long way to go. We can’t claim any success yet.”
The environmentalist

His commercial activities are driven by an underlying commitment to the environment. He describes himself as “an environmentalist by the age of 13″. He is utterly anti-nuclear, citing massive taxpayer subsidies in construction, insurance, waste management, security and decommissioning. Not to mention straightforward risks, the proliferation of nuclear weapons and the fact that we probably can’t wait 10 years for each one to be built.

He also rails at the fact that agrochemicals are responsible for the loss of 97 percent of British wild flowers. He owns a farm on the Somerset/Wiltshire border and, while the land is not particularly good for anything other than pasture, he is proud that it has never been artificially fertilised and so contains sites of special scientific interest.

He likes nothing better than taking his wife and three children there, where they can all get close to nature. They swim in the pond and delight in catching crayfish, “an invasive species”. When they’ve caught 20 to 30 of them, they take them back to the farmhouse and cook them in a pasta sauce.

Goldsmith is involved in a number of philanthropic activities but one of the most important is the Environmental Funders Network, which he co-founded in 2003. It comprises approximately 100 trusts, foundations and individuals making grants on environmental and conservation issues, providing them with a platform to exchange information. By collaborating informally they are able to learn from each other, pool their talents and generally be more effective than they could be acting alone.

So there we have it. At just thirty, Ben Goldsmith has achieved much already. He’s optimistic that the world will come round to his way of thinking and that we will probably wean ourselves off of hydrocarbon burning. “After all,” he says, “the Stone Age didn’t come to an end because we ran out of stone.”