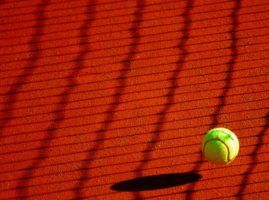 The grass tournament attracted thousands of spectators over the week-long event as well as players ranked 50+ in the world, including Taiwan’s top-ranked male tennis player Yen-Hsun Lu and Russia’s Evgeniya Rodina, winners of the titles. The biggest professional tennis tournament in Yorkshire, ILTSC was chosen to host the Pro-Series because it had the highest-quality grass courts and the most impressive site facilities.

The club has just completed a £2.4 million refurbishment that has been financed by the Lawn Tennis Association, Sport England, club members and a £1.5 million loan from Charity Bank.

Charlie Maunder, ILTSC general manager, said: “The club is going from strength to strength and we feel proud to be the hosts of such a prestigious event. We have a new clubhouse, entrance, gymnasium, two new fitness studios, a refurbished car park and driveway, a different club layout and an extended cafe bar.

“We couldn’t have completed this ambitious renovation project without the loan from Charity Bank filling the funding gap.”

Jeremy Ince, Charity Bank regional manager, said: “The loan to expand the gym capacity and add a new fitness studio to provide an updated, high quality facility befits the standing of the club as a centre of excellence.

“The local community will benefit enormously from these vastly improved facilities and the club will be able to attract more visitors into the area to help support the local economy.”