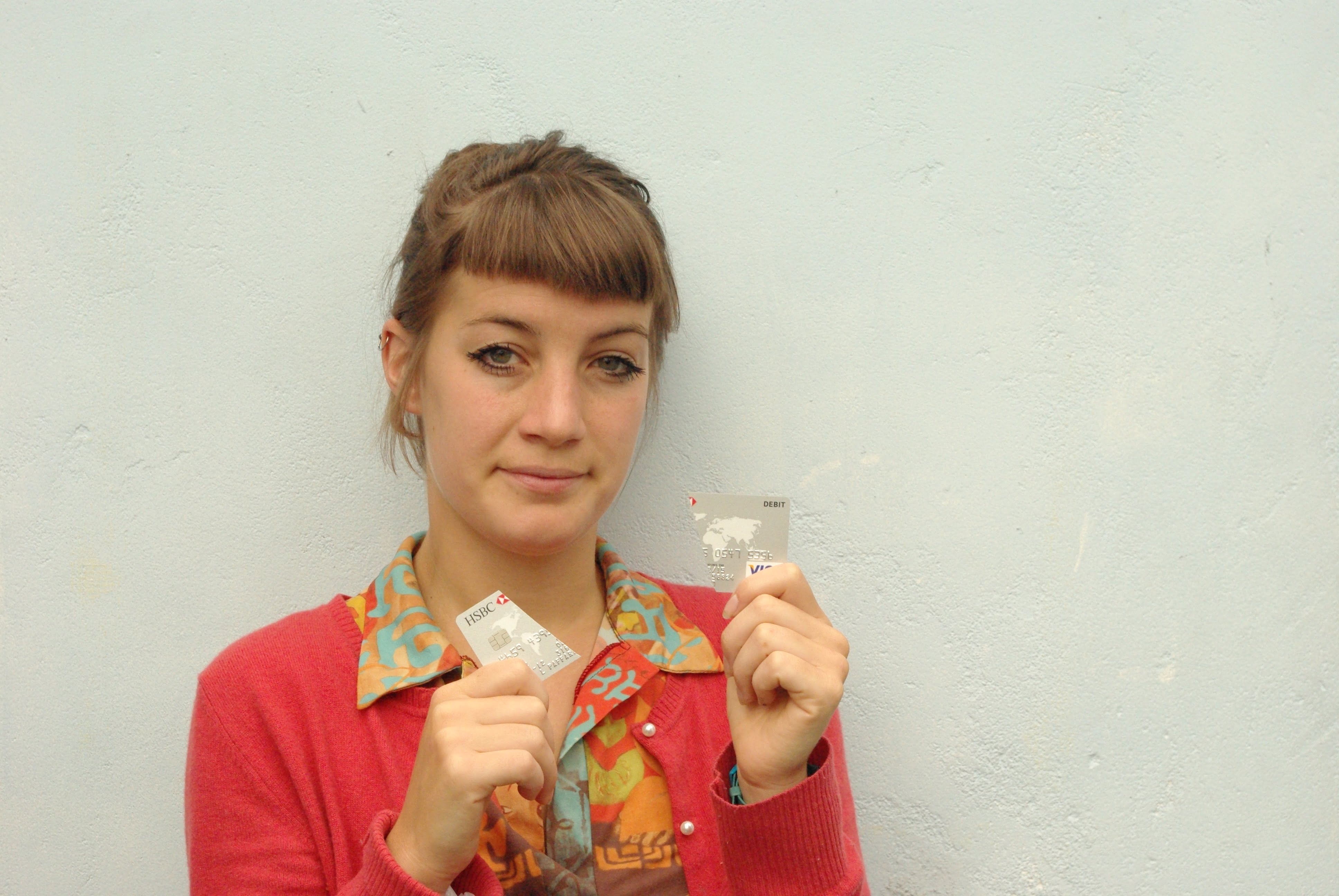 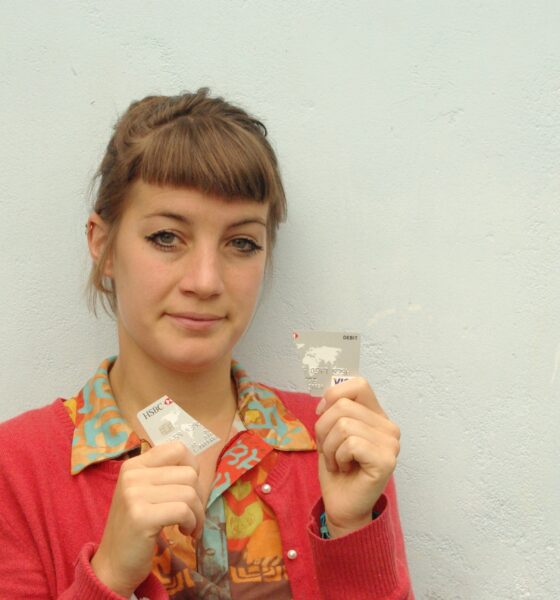 In February this year, Danielle Paffard founded Move Your Money UK – a campaigning organisation that aims to persuade consumers to switch to ethical banking options. In less than a year, it has become one of the movement’s biggest and most respected voices. Blue & Green Tomorrow caught up with Paffard, who spoke about encouraging people to bank on something better.

This piece originally featured in B&GT’s Guide to Sustainable Banking 2012.

There’s a campaign video on Move Your Money’s website that includes a scene from Mary Poppins. In it, the elder Mr Dawes is encouraging the aptly-named Banks children, Jane and Michael, to “invest [their] tuppence wisely in the bank”.

Their father, who works with Mr Dawes, joins in: “Now, Michael, When you deposit tuppence in a bank account, Soon you’ll see, That it blooms into credit of a generous amount, Semi-annually”, he sings.

The video outlines to viewers that there are alternatives to these profit-driven high street banks, and encourages them to move their money – something that an overwhelming amount of people are doing in the UK.

“The shift has been absolutely amazing”, describes Danielle Paffard, founder of the Move Your Money campaign.

“We estimate that since January, half a million people have moved to ethical banks, and we’ve also seen a 15-fold increase in traffic to our website in the past few weeks.”

Not bad for an organisation that is still in its infancy. But the fact is that the UK ethical banking community has longed for a uniting public body like Move Your Money – one that can stand at the forefront of the movement to effect real change.

And that’s exactly what it has done.

“What’s really interesting is that we have had banking scandals before in the UK, and we’ve had outrage towards banks, but before it has just been outrage”, Paffard explains.

“What’s been incredible in the last few months is the huge shift in public perception about what can be done about it. It’s the first time that anger has actually led to real tangible action and if you look at the coverage that the campaign has got and the exposure to this idea across all major broadcasters, it’s a question that people are now asking themselves, and that’s a real shift, which is just brilliant and we expect to keep on going.”

Representatives of the Move Your Money campaign have appeared on television numerous times – on Newsnight, The One Show and Daybreak, to name a few programmes – and in national newspapers such as The Guardian, The Telegraph and The Daily Mail. It has a strong presence on social networking sites such as Facebook and Twitter, and thus, has developed an admirable reputation in the alternative financial sectors as the voice of the citizen.

The need for such an organisation is quite clear. The financial power held by high street banks means they’re often credited with causing some of the biggest problems that the UK currently faces. Supporting local, mutual and ethical alternatives is therefore seen as the only sustainable direction – and in some countries in the world, these alternatives make up over 50% of the financial services industry.

“We’ve seen the crash of 2008, scandal after scandal, horrendous misbehaviour and basically corruption from the big banks over the past few months, and the government and the regulators aren’t taking appropriate action to fix it and are absolutely toothless in the face of these big banks.

“Something needs to be done; we can’t go on with this system that is costing citizens and society so much. We need a better banking system and we think the only way to catalyse the change that we really need is for people to start voting with their feet and supporting these alternatives and making it a strong, viable sector that caters to the needs of households, communities and the wider society.”

Paffard is quick to point out, though, that the alternatives to mainstream banking stretch way further than individuals might think. As well as dedicated ethical banks, there are building societies and credit unions that also form part of the alternative banking sector, because they are owned by their members rather than shareholders, and only invest locally to support community development.

“I think the differences [between the big banks and the alternative sector] are so fundamental, both in the way their businesses are structured and the motivators. The ethical banking sector is fundamentally different because it’s not exclusively profit-driven. And while it is after profit, it has other drivers and there are other factors to it, so sustainability and social responsibility are taken into account.

“HSBC has been investing in some of the most appalling companies across the world and laundering money which is absolutely obscene. It’s therefore quite hard to pinpoint specific differences between the two sectors because I believe the differences are so fundamental and are determined by the very make-up, nature, core principles and governance structure of the bank itself.”

It’s quite hard to comprehend what goes on behind the scenes at some of the big banks – especially when you do compare them to the dedicated sustainable institutions – and they are doing all they can to ensure regulation swings in their favour. A recent report from the Bureau of Investigative Journalism showed that the British financial services industry is spending almost £100m a year on lobbying against banking regulation in the City of London.

“We know that they’re not worried that the regulators are going to come out and push some harsh criteria down, because they’ve pumped so much money into making sure that doesn’t happen”, says Paffard.

“We’ve seen the report highlighting the influence banks have on government and how much money goes into lobbying, so the banks aren’t worried about regulators. They’ll just be sitting tight and hoping it blows over. What’s really exciting about citizen action is that they can’t do that, though. If the citizens start reacting, I imagine they must be quite scared.”

In the last 12 months, one gets the impression that a real change is happening to the UK banking sector. Never before has the public felt so disengaged and disenchanted by their bank, but equally, never before has there been such an abundance of ethical, sustainable and responsible alternatives to switch to.

Customer dissatisfaction, according to consumer group Which?, is rife amongst the biggest UK banks, with all the high street institutions scoring lower than average in a satisfaction survey. Another Which? survey found that two-thirds of people (67%) think that bankers will not lose their job if they lie or cheat – a sign of the tumultuous times if there ever was one. It remains to be seen how long the big banks can get away with reckless spending, manipulation and poor service.

“With the depth of public anger and the instability of the banks, I suspect the economic system is going to be increasingly unstable and untrusted, and I think we could see a huge and unexpected escalation in the number of people moving”, predicts Paffard.

“This change will eventually cause the big banks to change as well. We do believe in equality in finance – we do need some big banking institutions – but those wouldn’t necessarily look like anything we’ve got today.

“The alternative sector is economically and socially responsible; it’s stable; it caters properly to all sections of society; and it’s transparent, accountable and effective. We’re all fed up with the big banks; we know they’re not working. There is something that you can do, and it’s something you have to do.

“If you’ve ever dissatisfied by the state of banking in the UK, use your power, vote with your feet and move your money.”