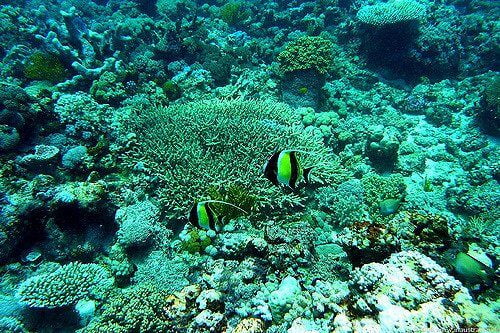 Why We Need Marine-Protected Areas

It’s come time for beachgoers, ocean lovers, environment enthusiasts, marine biologists and ocean conservationists to unite. No matter what role you have relating to the ocean, it’s crucial to raise awareness in order to save it.

The main reason marine-protected areas (MPAs) are established is to protect and conserve the marine area in its natural state. In order to keep the ocean the way it’s meant to be, full of life and resources, marine areas need protection now more than ever.

What Is a Marine-Protected Area?

You might know marine-protected areas by one of these names:

MPAs hold many forms, and in the U.S. they also have multiple uses. That means even though it’s protected, you are still allowed to surf, fish, swim or do other recreational activities. MPAs are maintained through the government, and some have restrictions such as “no-take” areas, or limitations on fishing or collecting items from the area.

The ocean faces everyday threats that result in destroyed ecosystems, extinction, endangered species, climate change and more. It’s suggested only 2.8 percent of the ocean is protected, yet the ocean takes up more than 70 percent of our planet. It’s an amazing accomplishment for the U.S. to have so many MPAs established.

The problem is, there are still not enough. Lack of government funding is a major reason for this, but another reason is people don’t understand how important MPAs are for our planet.

The movie “Jaws” created an enormous element of fear when it comes to swimming in the ocean. People are ever-conscious of shark attacks, but little do they know every year people kill about 73 million sharks. Sharks are fished, their fins are cut off and saved, and the rest of their body is thrown back into the ocean, where they suffocate and die at the bottom.

So what do people use the fins for? The Animal Welfare Institute keeps a list of all the restaurants in the U.S. that serve shark fin soup, which is the main reason sharks are finned. Although it’s not popular in the United States, it’s considered a delicacy in other countries. If you haven’t had shark fin soup, you may still be guilty of owning a product that contains shark fin oil in it. Lipsticks, chapsticks, and other cosmetic products often have shark fin oil as an ingredient.

Even though the U.S. has bills and acts to work on banning shark finning, and its trade in the United States, it’s still happening. If an MPA was established in specific areas where more sharks are being fished, it could help the shark population rise again. Protection of marine areas that have sharks would not only reduce their risk of extinction, but it would increase jobs and funding. Marine biologists could raise money to research this, tourists would pay to swim with sharks, and, better yet, shark finning would finally come to an end.

The Great Barrier Reef is a protected marine park. Scientists have raised over $200 million annually to maintain its health. This is a great example of what a protected area can do and why we need more areas like this.

Plans are set to research and conserve certain species. The ecosystem and water quality are observed and recorded. The sustainability of this reef is crucial, especially due to its biological diversity and vast natural ecosystem. How could the largest coral reef on earth not be protected?

Recently, an “obituary” of The Great Barrier Reef went viral. The positive factor in all of the press was that it raised awareness that the Great Barrier Reef is indeed dying. This will make the numbers of supporters rise, funds will be raised, and people will know it’s not too late to save the reef.

If an MPA that has been protected for quite some time now has declined in health, it’s a huge reason the ocean needs more protected areas.

There are 368 marine species that are endangered or are at risk of being endangered. Turtles, whales and dolphins are just some of the many endangered species. Without marine life, ecosystems all over the ocean would no longer be maintained. The food chain would be destroyed. Each species is unique to the ocean and the role it plays in maintaining it.

In order to conserve the ocean in its natural, beautiful state we must protect more areas. Marine-protected areas not only protect the waters but everything in the waters. The ocean protects humans from natural disasters, provides jobs and funding. The ocean is a vast, deep and mysterious part of our planet we continue to learn about. Without the ocean, we wouldn’t survive. That’s why it’s time to mark more areas of the ocean as marine-protected areas.