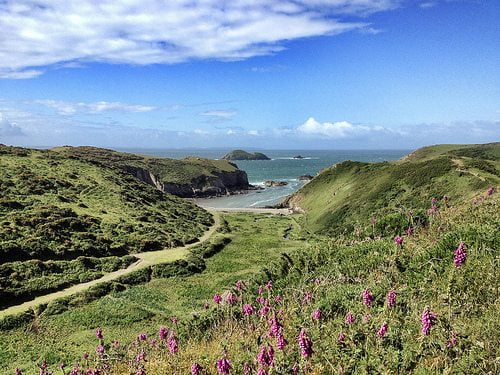 On this day 1035: William the Conqueror becomes Duke of Normandy

980 years ago a seven-year old William became Duke of Normandy. It was a succession that would have the most profound effect on our island’s history. William eventually ended five centuries of Anglo-Saxon rule, made France our natural enemy for eight centuries and wrecked our property market forever.

Twelve years of chaos followed young William’s accession to the Dukedom before he was secure, with backing from King Henry of France. By 1051 the childless King Edward of England had named sixteen year old William as his heir. He now had a claim to a throne. Fifteen years later he invaded England to make good that claim, changing Britain’s course.

To consolidate his power in England, in one of the biggest land grabs of all time, he declared that every acre of land belonged to the monarch. He replaced the entire Anglo-Saxon aristocracy with Normans and ordered the construction of twelve personal castles (including the awesome Lincoln Castle). He created vast royal forests which were his exclusive domain and ordered the compilation of the tax-collecting Domesday Book. All of these created huge resentment amongst the Anglo-Saxon majority, and Norman minority eventually, resulting in Magna Carta.

Unsurprisingly, non-Normans called him William the Bastard. To be literal and fair, he was the illegitimate son of his father Robert, the previous Duke.

Prior to the Norman Conquest of 1066, there were no armed conflict between the Kingdom of England and the Kingdom of France. William’s accession to the throne of England locked us into conflict with France which lasted intermittently until 1815 in Europe and 1898 globally (excluding occupied France).

And then there’s the effect of William’s land grab on today’s house prices. Author Kevin Cahill FRSA argues the main driver of land prices in the UK is that so much of the land is owned by a tiny Anglo-Norman elite, directly descended from the 1066 conquest. Just 0.3% of the population, a mere 160,000 families, own two thirds of our country. Less than 1% of the population owns 70% of the land. The Queen is technically the legal owner of one sixth of the land on the Earth’s surface (6.6 billion acres), more than any other individual or nation.

That said William caused the legend of Robin Hood and created ‘English’, as George Trevelyan wrote in 1959, “One outcome of the Norman Conquest was the making of the English language, […] the speech of Alfred and Bede, was exiled from hall and bower, from court and cloister, and was despised as a peasant’s jargon […] It ceased almost, though not quite, to be a written language. […] Now when a language is seldom written and is not an object of interest to scholars, it quickly adapts itself in the mouths of plain people to the needs and uses of life. […] It can be altered much more easily when there are no grammarians to protest. During the three centuries when our native language was a peasant’s dialect, it lost its clumsy inflexions and elaborate genders, and acquired the grace, suppleness, and adaptability which are among its chief merits.”

Tomorrow, William the Leadbetter, celebrates his sixth birthday. Granting him a dukedom for his seventh birthday might be a bit of a challenge. And he’s going to be disappointed if he needs the promise of a kingdom at 16.