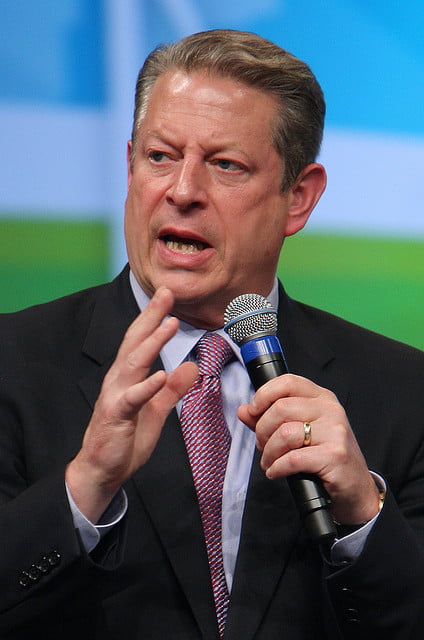 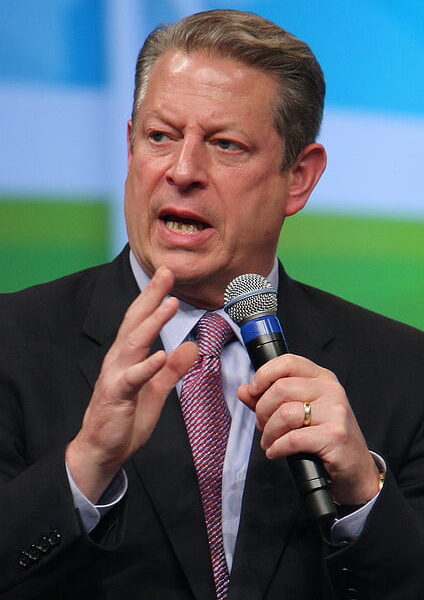 On this day in 2006: Al Gore’s An Inconvenient Truth premieres at Sundance Film Festival

Seven years ago today, former US vice-president Al Gore’s documentary film about global warming – An Inconvenient Truth – premiered at the Sundance Film Festival. Since then, it has become one of highest grossing documentaries of all time, won two Academy Awards and turned into a seminal film for the environmental movement.

Directed by Davis Guggenheim, the film seeks to educate the viewer about the threat of climate change and its consequences. Raking in $24m, it is the ninth highest grossing documentary in US history.

The film, which revolves around a talk and PowerPoint presentation given by Gore, made its way to the silver screen after producer Laurie David saw it and felt inspired to give it wider coverage. A viewer’s review of the film on the New York Times website said it may also be “the first widely distributed PowerPoint film”.

Since its release, An Inconvenient Truth has been praised for raising international awareness of climate change. It has become essential viewing for environmentalists (and non-environmentalists) and is shown to children in schools across the world.

Throughout the film, Gore presents facts and figures that he says he has used hundreds of times before. To ensure he grasps the interest of different audiences, he uses beautiful satellite images of the Earth, detailed graphs and even a clip from Futurama to illustrate the greenhouse effect.

Throughout his slideshow, he discusses global temperatures and atmospheric carbon patterns, and demonstrates how carbon levels over the past 20 years have been at their highest since 600,000 years ago. Earlier this month, levels hit 400 parts per million – the highest on record for at least three million years.

Gore’s predictions regarding climate change turn into a rallying cry to protect our environment.

“It is now clear that we face a deepening global climate crisis that requires us to act boldly, quickly, and wisely”, he says.

He adds, “Future generations may well have occasion to ask themselves, ‘What were our parents thinking? Why didn’t they wake up when they had a chance?’ We have to hear that question from them, now.”

Throughout the film, we follow Gore’s experiences in spreading the climate change message. We hear about his college education at Harvard University with early climate expert Roger Revelle, and about his sister’s death from lung cancer.

Some viewers will claim that global warming is a myth, but Gore’s argument is compelling. A recent comprehensive study of over 4,000 peer-reviewed scientific papers found almost unanimous consensus that humans are responsible for rising temperatures.

Gore says that the loss of major ice sheets in Greenland and Antarctica would result in global sea levels increasing by 20 feet, and turn 100 million people climate refugees. Others have also raised predictions on the consequences of seal level rise. Recently, climate research group Ice2sea found that the impacts of melting ice sheets and glaciers in Antarctica and Greenland could raise sea levels by 36.8cm by 2100. This level would overpower and flood the Thames barrier in London every 10 years.

An Inconvenient Truth’s commercial success mirrors its critical acclaim, with viewers flocking to heap praise on Gore’s delivery of the climate change message.

One reviewer on Amazon said, “This film entreatingly shows the truth about the biggest threat to human civilisation that has ever existed in modern history. It is essential that everybody sees this film. I have never been so shaken by anything in my life.”

Another said, “An amazing and gob-smacking account of global warming and its real impacts delivered by a fantastic orator.”

However, not all watchers were satisfied with the way Gore delivered his message.

One negative Amazon reviewer said, “Gore comes across in the slideshow more as charismatic entertainer than a committed advocate.”

Meanwhile, another wrote, “This is one of the worst films I’ve ever seen. Facts, conjecture and deliberate misinformation are all mixed up in order to confuse and scare the viewer.”

Gore served as the 45th vice-president in the US, and has been engaged with environmentalism since 1976. At that time, he was a freshman congressional representative, and led one of the first congressional hearings on climate change while co-sponsoring hearings on toxic waste.

During the 1980s, Gore continued to spread environmental messages, including the need for preserving clean air and water. Known as an Atari Democrat, he is appreciated as one of the world’s greenest politicians ever.

He is the founder of a number of non-profit organisations, including the Alliance for Climate Protection – a group committed to educating about the urgency of climate change solutions. He is also an advocate of incorporating environmental, social and governance (ESG) criteria within investment. Through his investment firm, Generation Investment Management, Gore looks to inspire business leaders to engage in ‘sustainable capitalism’.

All these achievements and more led him to receive the Nobel Peace Prize in 2007.

An Inconvenient Truth is a must-see film. It gives a detailed overview of climate change; not by scaremongering, but through the delivery of facts. However, it’s important that its critical and commercial success translates into a win for the planet – the one humans are destroying, and the only one we have.