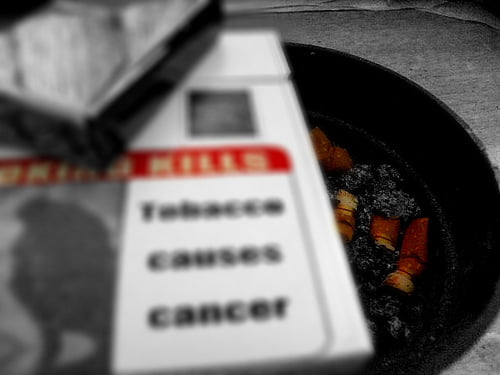 As Australian legislation comes into effect requiring companies to sell cigarettes in plain packs, there are risks that come from investing in tobacco. Just as governments across the world replicated the New York smoking ban, it seems likely the same will occur with regard plain packaging, which will hit tobacco revenue.

Some investment funds already exclude cigarette companies and there is growing pressure in Australia – and across the world – for others to follow suit. Smoking is increasing in emerging markets where regulation is extremely low. It is also alarming the extent to which packet design is presently used to imply lesser health risks and to appeal to children, which serves as a reputational risk for tobacco investors especially due to the rise in child smokers from developing countries.

Finally, there is evidence from the UK that local governments are unaware of their option to divest from tobacco companies, which serves as a reminder to ESG professionals of the need to make clear to investors the options they have with regard investment risks around tobacco.

Although legal, cigarettes are a unique product that kills half of all those that consume them. From the December 1 2012, Australia required tobacco companies to use plain, olive green packets with no branding, standardised font and large vivid health warnings. After a failed challenge in the High Court, Japan Tobacco International, British American Tobacco, Philip Morris International and Imperial Tobacco were unable attempt to block the legislation. This defeat has global implications for the industry.

Australia’s move on plain packaging has led to the possibility of tobacco companies losing revenue as a domino effect among governments emerges. After New York City in 2003 proved a public smoking ban could work, governments across the world took notice and now Australia, New Zealand, India and many European countries have passed similar laws. Likewise, there is already evidence that as a result of Australia’s ground-breaking regulation, countries such as the UK, France, New Zealand and
India are considering plain packaging.

One concern is that, with a few exceptions, this tougher attitude on the part of governments is not being replicated in poor- and middle-income countries which are the home to the majority of today’s smokers. The Centre for Global Tobacco Control at Harvard University has indicated that while there were 100m deaths from smoking in the 20th century, there are likely to be one billion in the 21st century, mostly from developing countries. Just as the US saw smoking levels rise in line with economic development and a lack of awareness of health dangers, so too is this likely to be the case in emerging market countries.

Tobacco has long been a focus of the responsible investment community as one of the sin stocks which is regularly excluded from portfolios. However, there are signs that mainstream investors are also shying away from the sector. First State Super announced it had divested from all tobacco manufacturers, partly due to pressure from health workers who make up 40% of the fund’s members.

The $80 billion superannuation fund for Australian federal public sector employees, the Future Fund, has announced it is considering removing tobacco companies from its portfolio. At the state level the Australian Capital Territory government has banned all such investment and the treasurer of New South Wales has asked state agencies to divest from holdings in tobacco stock worth $250m.

Part of the reason why tobacco packaging as it stands is a problem is the way companies use packet design to appeal to consumers. A study by academics at the University of Stirling in Scotland found that “brightly coloured and attractive branded packs can reduce perceptions of the harmfulness of cigarettes.” A commonly held belief among many smokers is that certain types of cigarettes, as implied by packet design, are better for those trying to quit and have varying levels of health risks. Plain-packaging therefore allows consumers to be better informed and to understand that regardless of the brand, cigarettes are damaging to health.

A further problem is the use of cigarette packaging to appeal to young people. Obviously if a company produces a product which kills or causes illness among users, there is a requirement to find new consumers to replace them. Young people offer a great opportunity to tobacco companies as they are generally less able to calculate risks, more impressionable and less likely to have the confidence to resist peer pressure.

Clear evidence exists showing tobacco companies use branding to appeal specifically to children. In 2006 British American Tobacco said new packs were designed to attract the ‘iPod generation’. Slimmer cigarettes which come in more floral, pastel coloured-packets are designed to appeal to girls as they are associated with perfume and make-up. Studies have shown that for young children in general, bright packet colours are seen as attractive while plain packets are seen as less impressive and therefore hold less social status.

As a result, Australia’s plain packaging legislation looks set to reduce the number of young smokers which will mean less customers and less money for Tobacco companies. The reputational risk of being associated with child smokers is likely to grow as the young people in developing countries do not encounter the health warnings and legal restrictions enforced in the West. It is estimated that Indonesia has five million child smokers.

It is worth remembering that there are still challenges to avoiding investment in tobacco. For instance, there have been recent calls on local government councils in the UK to drop tobacco from their investment portfolios, partly because from 2013 they will have a legal responsibility to lead local quit smoking campaigns. This creates a conflict of interest as councils face the task of discouraging the use of a product which they invest in.

There is also the ethical issue of health workers having a responsibility to discourage people from smoking while their pensions are invested in tobacco stocks. One problem appears to be a lack of knowledge among people outside the investment community about how they can control their portfolios, with some councillors in the UK under the impression that they are unable to screen out tobacco companies.

There are risks investing in the tobacco industry. Many investors are likely to see lower returns from tobacco as plain-packing hits sales and more governments consider replicating the Australian legislation. Moreover there is a growing trend in Australia of superannuation funds excluding tobacco from their portfolios as pressure grows from fund members. A further reputational risk is the fact that cigarette packet design is used to appeal to children.

Either way, there remains a lack of knowledge among members of the public about how they can influence flows of investment money and utilise their ownership rights as either pension fund members or shareholders to avoid the risks associated with investment in the tobacco industry should they feel like saying no to tobacco.