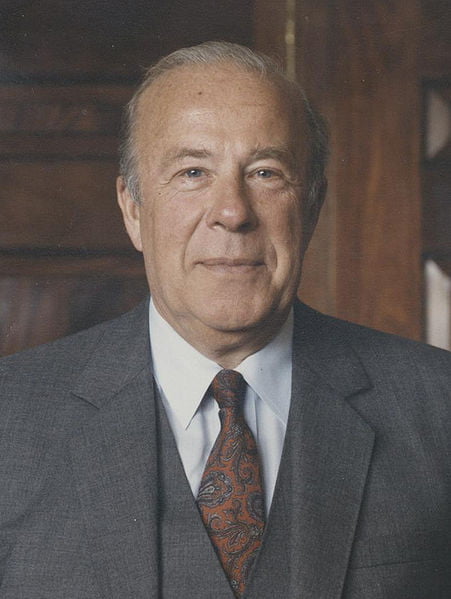 Quote of the day: “This doesn’t solve all the problems by a long shot… but you’ve got to start”

In October 1987, the American and Soviet leaders, Presidents Reagan and Gorbachev, famously met in Reykjavik. On December 8, of the same year, they signed the treaty putting out of action 3% of their nuclear missiles. A small step, but it heralded the start of the most dramatic reduction in weapons since the nuclear arms race had begun in earnest in the 1960s.

The world was simpler in 1987. Two superpowers completely dominated the geopolitical stage and if they wanted to do something, anything, they could do it in just under three months. At the time, capitalism was still fettered but straining at the leash following market liberalisation, Soviet-style socialism was gasping its final breaths (although we did not really know or believe it at the time) and there were murmurings of a rising middle kingdom, in the form of China. Tiananmen Square was just under two years away and, post-Nixon, the west liked China, rather than feared it.

For the record, Rick Astley’s Never Gonna Give You Up was the number one single and Michael Jackson’s Bad topped the Album Chart.

There are many parallels with the threat of mutually assured destruction in the nuclear arms race and the similar, albeit far slower, threat from climate change. There is a clear and present danger to our way of life and children’s futures. Death from a nuclear war is probably more straightforward to tackle, as it is easier to visualise and certainly a lot more immediate, than the highly complex, non-linear behaviour and impacts of our climate. There were also only two serious players in the game. However, both nuclear war and climate change represent an end to our way of life which will only be solved through collective and negotiated effort.

President Reagan’s decision to pursue disarmament talks apparently followed a viewing of The Day After, a television movie produced by the excellent ABC network, which dramatically shows the build-up to, destruction and aftermath of a nuclear war. In his diary, the president wrote that the film was, “very effective and left me greatly depressed”, and that it changed his mind on the prevailing policy on a “nuclear war“, which was to ramp up the rhetoric, increase stockpiles of weapons and to argue that the US would prevail in any war.

The UK had its own The Day After, in Threads, which is possibly even more brutal. One can only speculate on how Reagan would have reacted to An Inconvenient Truth or The 11th Hour had he been president at the time of their release. Sadly, in the fact-free, opinion-fuelled environment of US politics today, he probably would make the bad decisions that they are currently making.

That said, the president’s mind must have been open to persuasion, which is more than we can say for the heavily lobbied, blinkered and dogmatic climate change sceptics that dominate the Senate and Commons and all but a few of our media outlets.

A warning bell or white flag from planet Earth?

News that the Arctic ice cap has reached its lowest summer extent in recorded history and that we could now be facing an ice-free Arctic by 2015/16 should be ringing alarm bells in the capitals and every household of the world.

We could just about calculate the effect of a nuclear exchange between US and USSR (if you live in an urban/military/industrial setting, you’re almost certainly fried), but we have no real idea of how bad an ice-free Arctic will make conditions in the northern hemisphere. Uncertainty in the overall climate and local weather is very bad for societies, economies and ecologies.

Uncertainty in the weather makes farming and fishing increasingly difficult and food is a basic requirement for a functioning society.

Just as watching a dramatic reconstruction of a nuclear aftermath changed a president’s mind, the actual witnessing of the most dramatic Arctic melt, well ahead of the more outlandish predictions, should give us all pause to think about our current economic and ecological trajectory.

The world is more complex in 2012. The hegemony and balance of US-Soviet superpower status is history. China and India have created new balances of power. Five years ago, Putin threatened to pull out of the INF, objecting to US missile plans, but some commentators believe it was more to do with China being uncovered by the treaty. The US and Europe are so in debt to China, that the traditional diplomatic relationships between nation states and economic blocs is in uncharted territory. As Rio+20 demonstrated, getting agreement between 109 heads of state is harder than getting agreement between two.

However, this is not a voice of despair. In the developed world, we have the choice to be more informed and are more powerful than we have ever been. We have the vote so we can vote for those who take this threat seriously. We consume a lot of stuff, so we can buy the things that do the least damage to our planet and selves. We also have great wealth, compared to the rest of the world, so we can invest in a way that promotes sustainable companies and activities and penalises those which do harm.

Blue & Green Tomorrow is crowd funding its next three reports on just these issues to encourage those with wealth and power to invest more sustainably. To support us please watch and read our pitch at…

It will not solve all the problems by a long shot… but you’ve got to start.