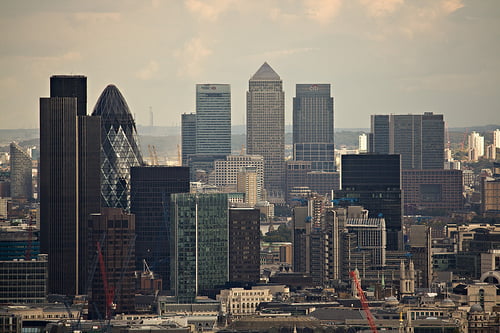 Most people are well aware of the crisis that continues to engulf the banking and financial systems, but how many know about what caused it?

To many, the financial crisis that first reared its head in 2007 came as a shock. Suddenly, and apparently out of nowhere, the global monetary system was in recession. But those who knew about economics saw it coming.

“In 2006, I stumbled across a book called The Grip of Death, by Michael Rowbotham”, says Ben Dyson, the founder of Positive Money, a not-for-profit organisation that, according to its website, is set out to “raise awareness of the deep flaws in our current monetary system”.

“I thought that the way the banking system was structured would probably mean that it would collapse sooner or later.

“Then in 2007, it happened and I just watched the whole thing playing out, thinking that this is all due to the fact that banks are able to create money.”

The notion of creating money might sound a bit far-fetched. Far from it. It’s an entirely realistic activity, and one that happens in every bank around the world. And it’s this activity that paved the way for the financial crisis over the past five years, as an “artificial boom” was created in the eight years leading up to 2007, during which the money supply doubled.

For those that thought money trees only appeared in hallucinations, think again.

“The stuff that most of us think of as money – the cash that you use in shops – only makes up 3% of all the money that exists”, explains Dyson.

“The vast majority of it – the other 97% – is electronic money, which is what you see in your account when you check your balance at an ATM.

“A lot of people think that this electronic money must be a representation of some pile of cash that’s sat in the bank, but the reality is that it’s actually just an accounting entry, so it’s literally just a number in a computer system.”

And it’s as simple as that. The banks are able to create these numbers by making loans, but this comes at quite a cost. The more the banks lend, the more profit they get, and the more money that begins to swish around in the economy.

The creation of new money allows the banks to decide where most of it enters the economy, too, with the majority looking at the short-term, and investing in such unsustainable industries as oil, commodity speculation and trading in the financial markets.

Positive Money is out to highlight the ways the banking system can become “stable, sustainable and fair”.

It was set up in 2010 by Dyson, who after completing two years of a development economics course at the University of London’s School of Oriental and African Studies, Dyson became disillusioned with the course.

“I realised that it wasn’t really related to the real world”, he explains.

“It was mostly theories that had never really been tested in reality, and so I got a bit frustrated with that.

“I started writing about these issues in 2009 because none of the journalists were doing in the response to the crisis, and then eventually we got a bit of funding to try and turn it into a proper organisation.

“Since then, we’ve just been building it up, making more contacts and bringing it to wider attention.”

Whilst Positive Money’s message might have been conveniently shrugged off by most in the banking system, Dyson says that there are a lot of people in The City interested in its work.

So what is he suggesting should happen to reform the sector?

“In simple terms, we need to take that power to create money away from the banks, and bring it back to the state”, he says.

“You wouldn’t necessarily want to give that power to politicians because they’d probably abuse it in the same way that the banks have done.

“You’d need to give it to some democratic, accountable, transparent body, where we can actually see how much money is being created and where that money is going, and how it’s getting used.

“You would need the government to pass a law to do that and to make a few small changes for banks as to the way they operate.”

Under this new, more sustainable banking model, Dyson says that upon walking into a bank to deposit some money, a customer would be faced with two choices: to allow or prohibit the bank from taking risks with their money.

As it is, banks are provided with a “safety net” from government, which means that if they lose money or go bust, taxpayers’ funds will be used to reimburse customers.

“We’d like to see the removal of that safety net for the banks”, states Dyson.

“The bank should say to people that if they want their money to be invested in high-risk areas – commodity speculation, foreign exchange and so on – there’s a risk that they might lose a significant part of their investment.

“If they want to invest in lower-risk, safer areas however, then their potential risk is much, much lower, and the banks can guarantee that customers won’t lose more than a small percentage of their investment, even if things go really bad.”

In this system, banks would need to find people that are willing to take risks. Instead, money would be invested what Dyson calls the “real economy” and in “real business”.

Only then would Positive Money’s vision of a “stable, sustainable and fair” economy be realised.

What is a bank?