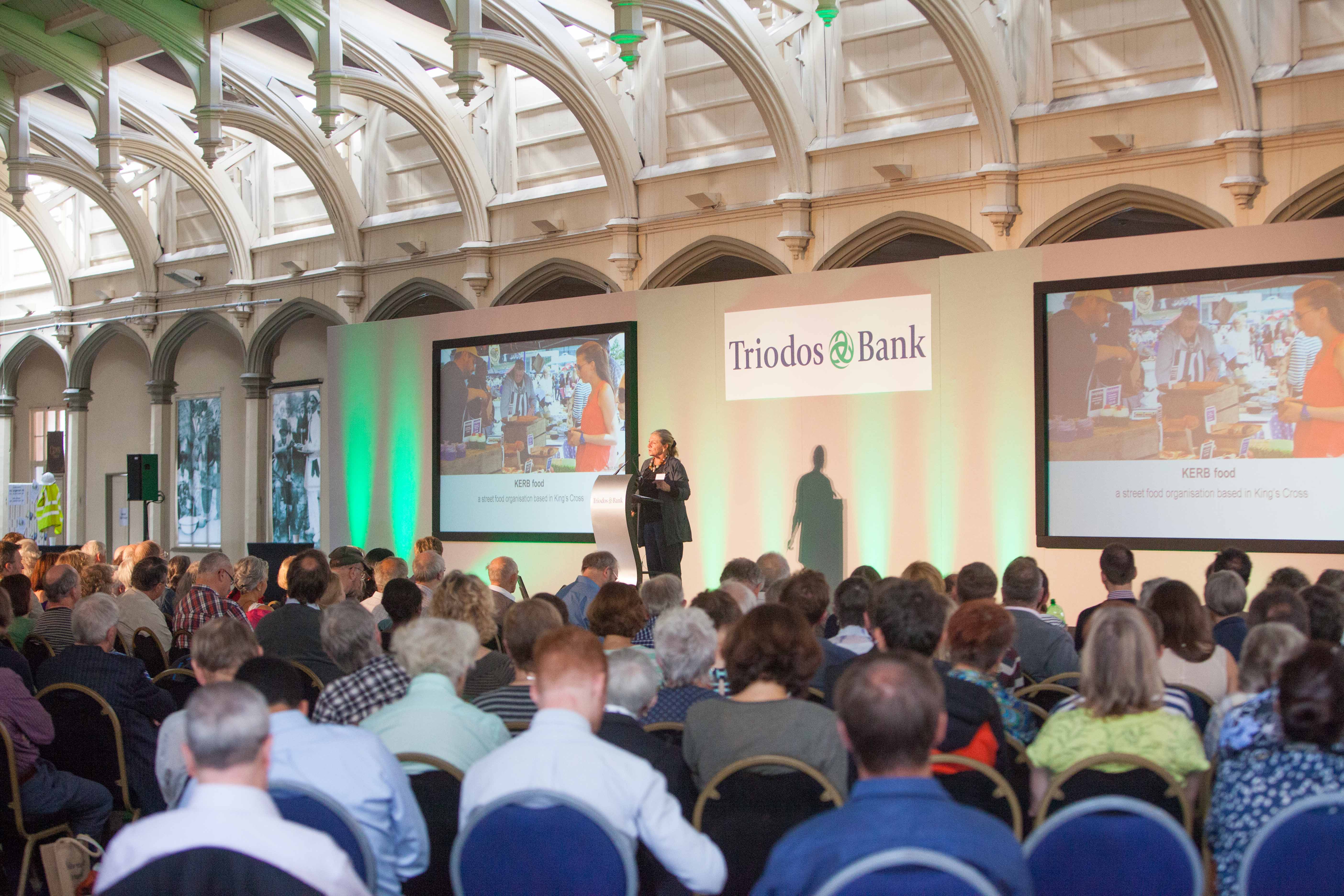 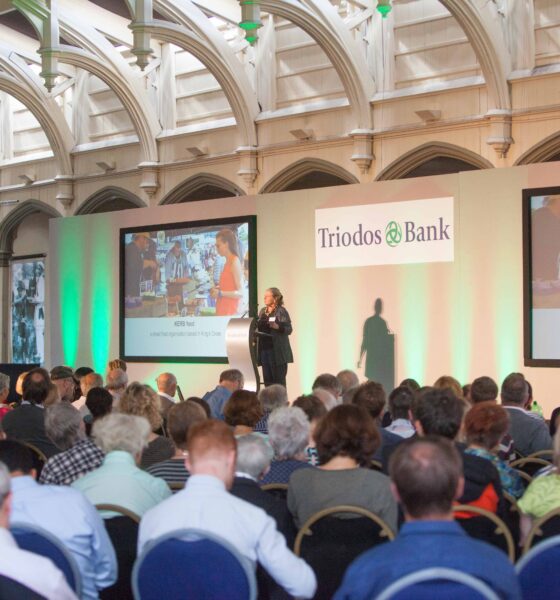 More than 500 investors and savers gathered at the Old Passenger Shed in Bristol earlier this month for Triodos Bank’s annual general meeting (AGM). It was an event that very much broke free from the norm.

Mention ‘banking’ to the layperson and the chances are they’ll mention the scandals: the excessive bonuses, the mis-selling of financial products and the irresponsible investment strategies. The industry’s wrongdoings are often common knowledge.

There is often a palpable sense of greed, unethical decisions and a one-track mind desperately snatching at a quick fix of financial empowerment, accompanied by a blatant ignorance of the impact that investment decisions are having on the real economy, outside of the banking bubble.

I would encourage people of this mindset to look at the alternative options, for they are worlds away from the mainstream.

Triodos Bank’s AGM, held in Bristol on a beautiful Saturday morning in September, saw more than 500 customers congregate to find out how their money was being used; namely for environmental and social good. Sitting in a magnificent building at the heart of Britain’s green capital, I couldn’t help but sense a ray of hope.

Banking doesn’t have to be evil, and there are genuine bankers who care about the societies that they serve.

Charles Middleton, the managing director of Triodos UK, kicked off proceedings by welcoming his fellow “changemakers”; after all, it was their money that was being used to make bring about change within society.

Every person in the room, Middleton said, were united by a single common goal; one that aims to bring about cultural and social changes to the world in which we live.

But is it possible to make profits whilst attending to the needs of society, the planet and its people? The figures suggest so. In 2012, Triodos Group as a whole made international profits of £25.1m, and in the first half of 2013, this figure stands at £15.6m.

Although this might be a drop in the ocean next to some of the mainstream banks, you only have to take one look at the plight of the Co-operative Bank, which recently announced pre-tax losses of £709m, to see that Triodos is putting bread on the table for its customers.

Triodos also has an impressive investment portfolio to match, ranging from Cafe Ode, the UK’s most sustainable restaurant, to Jamie’s Farm, an initiative that aims to get young people on the brink of crime back on track by transforming their lives.

Another of the success stories was a social enterprise backed by Triodos, Bristol Together, which works on rehabilitating ex-prisoners. Among its last round of participants, only one of 40 returned to prison – enough to make G4S and Serco quiver in their boots.

Among the other Triodos speakers were Dan Hird, head of corporate finance, and James Vaccarro, head of marketing and corporate development. Each told how the Triodos visions were brought to life through the projects they fund.

But what struck me more than anything was the mutual respect between the bankers and the customers. All 500 attendees sat in awe of the great things that were happening with their savings. But, if customers can grow their savings with high street banks, why would they bother having to inconvenience themselves by switching?

“I was horrified and mortified by what was happening with my money when I used mainstream banks“, said Liz Caulder, a 32-year-old psychology student who has banked with Triodos for three years.

“I don’t like the thought of my money funding arms companies and tobacco firms. It shouldn’t be just about money.”

She added, “I feel it’s important that financial organisations have a beneficial impact on society rather than a detrimental one.”

Every customer I spoke to described the “good feeling of contributing towards something positive“. Sound egotistical? You might call it vanity giving; philanthropy for praise; patting yourself on the back.

Whatever you want to call it, the world would be a worse place without it. If you can have a slice of both cakes, getting good returns on your money and helping to shape a more positive future sounds like a very attractive combination.

The fact is that banking does not need to be disconnected from society – this was a discourse held within every speech – and it is not one that is exclusive to the financial industry. Simon Roberts, head of the Centre for Sustainable Energy, said that the industry had “lost touch with the communities it is serving” but insisted that, as savers, we have the power to change that.

“Politicians don’t create change. They listen to the voices, see the action and climb on the wave and ride it“, said Roberts.

By insisting on change, savers can create the political landscape that will see a transition from the disjointed financial system that led to the financial crisis, to one where money breeds positivity, and not greed.

But of course, the greed that was once standard practice within mainstream banking still exists today. Catherine Howarth, CEO of ShareAction, which promotes responsible investment, spoke of the public discontent with the financial sector, or, as she put it, the “banker-beating” which so many people enjoy these days.

She stressed that the behaviour displayed by bankers – excessive bonuses, Libor fixing, the PPI scandal – leads to widespread mistrust of the industry. Bankers faced intense scrutiny by the public, government and the media, but she argued that similar behaviours are apparent in the pension industry. The difference is, she said, the public has not yet learned of the full extent of its irresponsible behaviour.

Slowly but surely, the banking industry is being transformed by Triodos and the realm of other alternative options. Transparency lies at the heart of Triodos’ mission, and it is a key tool which it intends to use on its quest to bring about positive change to society.

You can make profits with a philanthropic goal in mind; Triodos has shown this. Gone are the days where we are faced with a choice between the two. As Dan Hird said, “You can have it all.”

Triodos currently only offers accounts for savers. As such, the majority of customers I spoke to said that their current accounts were with banks such as RBS, Lloyds and Santander. The room therefore broke into applause when it was announced that Triodos is hoping to offer current accounts to customers by 2015; their money will go that little bit further in helping to create a better world to live in.

But will this form of values-based banking ever become mainstream? Can it become the norm?

The most vital link in the banking chain is you – the customer. Without access to finance, the powerful become powerless. Banks do not have a god-given right to do what they want. In order for them to operate, they must have customers. They must have people.