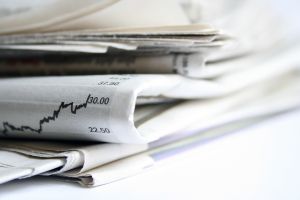 A 52-page letter entitled ‘Who is my neighbour?‘ from the Archbishop of Canterbury and entire House of Bishops has caused a major rift between leading Conservatives and the established church. What is telling is the response of our ‘free press’ .

You can read a summary of the letter here, or all 52 pages here. It’s certainly a more compelling read than Fifty Shades of Grey, a Fifty Shades of Pray if you will. Sorry.

The letter sets out the importance of politicians creating an attractive moral vision for the electorate, encouraging political engagement, the role of a living wage, supporting the structures of Europe and questioning the need for our independent nuclear deterrent.

Most importantly, the bishops warn against despair and urge people to vote in the General Election: “Unless we exercise the democratic rights that our ancestors struggled for, we will share responsibility for the failures of the political classes. It is the duty of every Christian adult to vote, even though it may have to be a vote for something less than a vision that inspires us.”

In the who will ‘rid me of this turbulent priest’ corner was The Times and Daily Mail.

The Times (paywall) reported the row as, “Cameron incensed as bishops stir welfare row“. They described the letter as the Bishop’s Blunder in a strongly worded editorial calling the letter, “unsolicited, disingenuous and in at least half a dozen respects nakedly partisan“. They also included a carton showing a bishop peering through the keyhole of a door labelled politics with the caption, “Let us pry“.

Meanwhile on planet sane, The Guardian reports  the letter’s focus on apathy and democracy, reporting that “Democracy is failing, bishops tell politicians“. It highlights the letter’s lament on the “growing appetite to exploit grievances, find scapegoats and create barriers between people and nations“. Quite.

Far be it for us to judge, but if one group of unelected individuals such as editors and journalists can distribute a daily opinion on how the country should be run (and the Daily Mail is a master of exploiting grievances, scapegoating and creating barriers), then another group of unelected individuals such as bishops should have that freedom too. Their faux outrage that others should choose to speak out for the poor and weak, without telling people how to vote, is itself outrageous.

Reader survey after reader survey shows the growing disconnect between the opinions of affluent, London-based headline and leader writers and those of their ordinary readers. The majority of our national press acts solely for the corporate interests of tax avoiding, non-domiciled, phone hacking, porn-producing owners, the needs of the South East and the all-important advertisers. As Peter Oborne put it in his excellent resignation article, a newspaper’s coverage of most issues – in his case the Telegraph’s coverage of the HSBC scandal – is “a fraud on its readers“.

We hope the priests become even more turbulent as the election nears.

Call for articles for B&GT’s Guide to ‘Democracy’