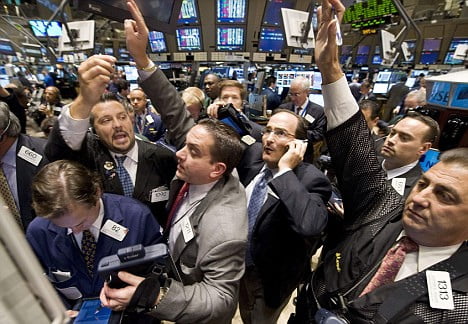 Capitalist lore states that shareholders have more concern for the long-term interests of companies they invest in than managers do. The increase in high frequency trading (HFT), following big bang and advances in computing, has disconnected investment from its core purpose. Businesses need capital and in return deliver income and asset growth for investors.

Dictionaries describe investment as, “The action or process of investing money for profit or material result”, and, “A thing that is worth buying because it may be profitable or useful in the future.”

The whole spectrum clearly exists, from the person investing for the future in a company they understand and find attractive as a proposition. At the other end, you have the investor who hands their money over to a computer algorithm and trades purely for short-term gains. The former is the original purpose of investment; the latter more akin to a casino.

Stocks held for less than four months in UK and USA 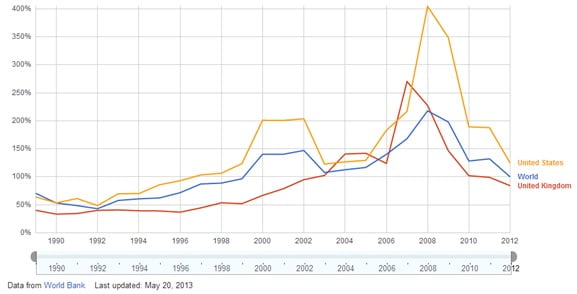 The pre-crash peaks of 270% turnover in 2007 in the UK and 404% in 2008 in the USA, meant stocks were being held for just over four months and under three months respectively. As this was an average, some stocks were changing hands even faster. That hardly represents the long-term interest in a company’s future.

Andrew G Haldane of the Bank of England covered this in an excellent paper called Patience and Finance in September 2010. He illustrated the trend graphically.

David Hunkar of Seeking Alpha wrote shortly afterwards, “Based on the NYSE index data, the mean duration of holding period by US investors was around seven years in 1940. This stayed the same for the next 35 years. The average holding period had fallen to under two years by the time of the 1987 crash. By the turn of the century, it had fallen to below one year.  It was around seven months by 2007.

“Similar pattern exists in the UK also as shown in the chart above. There the average duration has fallen from around five years in the mid-1960s to less than 7.5 months in 2007.

“Over the past 15 years even in international equity markets, holding periods have fallen. The Chinese market was red hot until few months ago. However the duration for the Shanghai stock market index is close to just six months. This shows that Chinese investors do not have a long-term horizon.”

The Bank of England’s Haldane went on to add the following: “A decade ago, the execution interval for HFTs was seconds. Advances in technology mean today’s HFTs operate in milli- or micro-seconds. Tomorrow’s may operate in nano-seconds.

“Asian is not immune from these trends. HFT is believed to account for between 5-10% of Asian equity volumes. In China, HFT is still in its infancy. But market contacts suggest as much as 80-90% of trading on the Shanghai stock exchange may be done by day-traders, many small retail investors. Impatience is socially, as well as technologically, contagious.

“This evolution of trading appears already to have had an effect on financial market dynamics. On 6 May 2010, the price of more than 200 securities fell by over 50% between 2.00pm and 2.45pm. At 2.47pm, Accenture shares traded for around seven seconds at a price of 1 cent, a loss of market value close to 100%. No significant economic or political news was released during this period.”

Total value of stocks traded as a percentage of GDP.

The World Bank also compares the market capitalisation of listed companies as a percentage of GDP.  Again, if global or a country’s GDP was £100 then the total value of its listed companies would be £100, if the ratio was 100%. 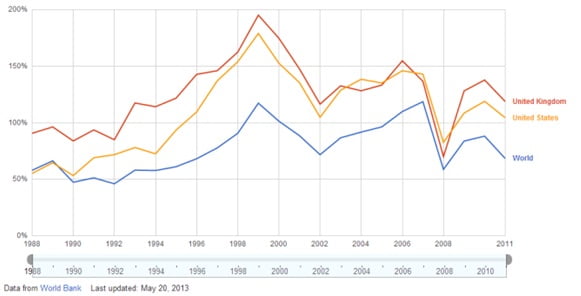 Market capitalisation of listed companies as a percentage of GDP.

In conclusion, Andrew Haldane stated, “Just as patience can ward off great disaster, impatience can ruin a whole life. Generations of dieters and addicts are testament to that. So too is finance, not least in the light of the crisis. It is important finance sticks to the patient evolutionary path. To do so, the fidgeting fingers of the invisible hand may need a steadying arm.”