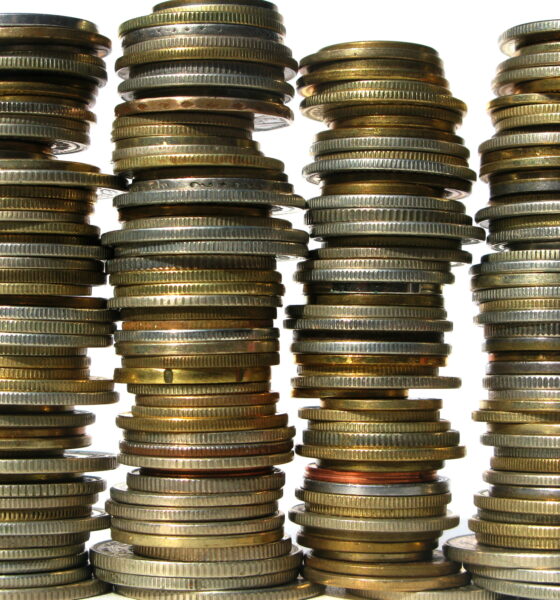 On June 21, Natwest sent me a great bank statement. My personal favourite, I think. No, I haven’t just come into oceans of money. What gave me such pleasure were the two words sitting in place of a balance: ACCOUNT CLOSED.

It was all the sweeter for arriving on the same day that Natwest was making the national news for having ‘technical issues’ with hundreds of thousands of personal bank accounts. This was something I’ve been meaning to do for ages. They might have sent me the letter, but the statement? That’s all mine.

I have to confess, although I decided months ago to sever all ties with the Royal Bank of Scotland (RBS), which owns Natwest, it took a while to cold shoulder the idea of an overdraft. Times have been tricky lately (I’m 23 and I live with my parents: I’m sure I need not elaborate) and being able to dip into the minus now and then seemed like a safety net. I should have realised earlier that when I fell off the credit tightrope and into the red, actually there is no safety, only a pit populated by the bears of debt culture, the toothed status quo encouraged and propagated by almost all of our major banks (yes, probably yours too).

I am aware it is possible to change accounts with an overdraft, and I understand that for many they are necessary, as mine was during my undergraduate degree, but for me this change marks an emphatic full stop, and an end to that way of managing my money. So what is generally a very simple transition, for me was quite hard, and occasionally felt selfish – I haven’t contributed to anyone’s marathon running or got a round in at the pub for a very long time. Still, it needed to be done, and there are several good reasons why I made it my priority.

Forgive me if this is old news to you, but it was quite embarrassingly recently that I discovered my payments weren’t just sitting around in the bank, waiting for me to spend them on books and food and unwise amounts of glitter-based make up. No, my money was being spent – sorry, invested – even more unwisely, into the projects of companies committing terrible, destructive acts against humans and the world we live in: conduct which any sane person wouldn’t dream of involving themselves with if they could see its direct effects.

There is a raft of reasons as to why you might take issue with many UK banks, relating to the on-going financial crisis, bonuses, tax avoidance, and so on, but my particular bugbears are ethical: concerns about human rights abuses and the environment. RBS has a particularly questionable record on both of these, the latter often influencing the former.

There are big profits to be made in fossil fuels, and RBS was pouring billions into oil and gas even after it was bailed out. Projects like the tar sands extractions happening in Canada and Africa are heavily pollutant, incredibly inefficient and directly responsible for the devastation of local communities through the poisoning of rivers with carcinogens. Inevitably these communities have few rights and little power to resist.

RBS is also the main banker for several of the major players in the arms trade, has invested millions in companies which make cluster bombs (contravening the Convention on Cluster Munitions which prohibits assisting in development) and even sent delegates to a conference last year promoting sales of arms in the Middle East.

Next month sees the start of the final negotiations at the UN for the introduction of a global Arms Trade Treaty, the culmination of six years’ development and campaigning, and it is more than likely that the marriage of arms and big business could prove an insoluble union in opposition to a historic opportunity to do great good. What kind of system is it where profit annuls our ethics?

I feel deeply disgusted at the idea of companies knowingly profiting from conflict, and as soon as I understood the connection between my money and the consequences of their actions, I knew I had to make every effort to cut the ties and to find a better option. Doing nothing was not a kind of neutrality; it was basically a thumbs up from me, permitting them to carry on.

But there are better options – many – and it’s easy to make the switch. For now I have moved to Nationwide, but I will soon be settling down in London, where I hope to move to a credit union. There are lots of websites out there which want to help individuals make informed choices, and we have the privilege to be able to access them in seconds, a much shorter time than it has taken you to read this far.

I have marched and chanted and written letters in the past, and will do so until either there’s nothing left to protest, or I die (whichever comes first), but despite this, I feel that it’s what I do with my money that makes the strongest statement.

Think of the students who boycotted Barclays in the ’80s due to its involvement with apartheid in South Africa, whose actions were a major factor in the bank’s withdrawal from the country. Simply: if they don’t have the money, they can’t use it.

It feels odd that something so small, so uneventful, can be so powerful, but if we all do it, we could effect real change. And that’s what it comes down to, really.

Emma Fay lives in West Sussex, and is currently between being an English student and an English teacher. She can be found on Twitter: @egtfay.