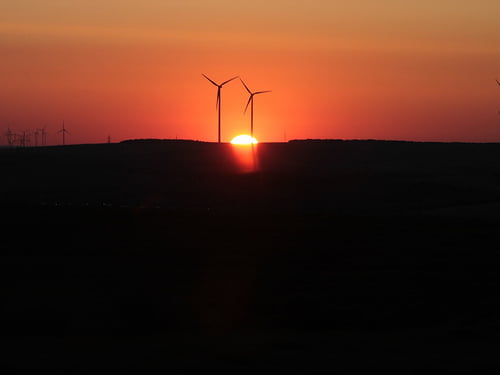 The cause of wind farm syndrome was attributed to the psychological effects of anti-wind campaigning, according to a study released last week by public health scientists at Sydney University. Emma Websdale looks into it.

Sleepless nights, increased blood pressure and high glucose levels are among some of the most common reported symptoms of wind farm syndrome.

The term has been fuelled by the likes of climate sceptic Telegraph blogger James Delingpole – most notably in an article in The Australian newspaper in December.

In his feature, Wind farm scam a huge cover-up, Delingpole examined the notion of wind farm syndrome, but received severe criticism from the Australian Press Council for inaccuracies and offensive language.

According to Simon Chapman, professor from Sydney University, wind farm syndrome (sometimes called wind farm sickness) is far more prevalent in communities where anti-wind farm lobbyists had been campaigning. His study says 63% of residents living in close proximity to wind farms in Australia have never experienced health symptoms related to the turbines.

Chapman said the results suggested that wind farm syndrome was a communicated disease – one spread by a claim that turbine blades were likely to make a person feel sick. The sickness was in fact a ‘nocebo effect’, where believing something that would cause illness created the perception of illness.

The study ran a series of statistical analyses to determine if negative attitudes towards wind farms correlated with the number of health complaints. Results showed that only one in 20 individuals across Australia, representing approximately 1 in 272 residents living within 5km of wind farms, complained. Eighty-one of these were residents living near five wind farms that had been heavily targeted by anti-wind groups.

“If wind farms were intrinsically unhealthy or dangerous in some way, we would expect to see complaints applying to all of them, but in fact there is a large number where there have been no complaints at all”, said Chapman in The Guardian.

Out of the 18 published research papers that study the link between wind turbines and health since 2003, all had reached the broad conclusion that there was very little evidence that wind farms caused direct health consequences.

There has also been no medical evidence found by studies conducted by the National Health and Medical Research Council.

Anti-wind lobbyists have also used the argument of bird deaths from turbines to manipulate a negative attitude, but an American study from 2005 showed that 550m birds are killed by buildings in the US; 130m from power lines and 100m from cats.

Deaths caused by wind turbines are 28,500 –a significantly lower statistic, and even less than those killed by cars and pesticides.  Moreover, the CO2 produced from powering fossil fuel plants has been picked out by several studies to contribute towards the extinction of more than a quarter of all bird species.

While the Australian paper appears to suggest that wind farm syndrome is all in the mind, a potential antidote to the symptoms could lie with community ownership.

Part-ownership of a turbine that produces a reliable source of clean, limitless energy would go a long way to alleviating the pressure of burning fossil fuels for energy, as well as placing the lid firmly shut on an illness seemingly conjured up by anti-wind ideology.