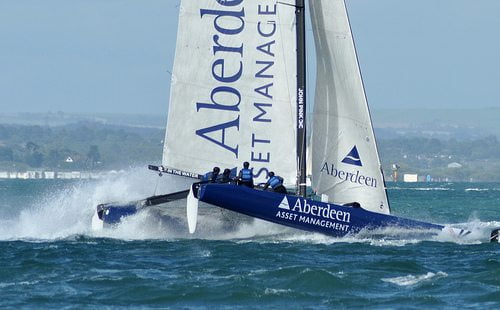 Aberdeen previously singed the deal, which will see its ethical and responsible assets reach more than £730m, with Lloyds in November. The takeover will make Aberdeen the largest independent fund manager in Europe.

The deal is expected to be completed on March 31. Aberdeen will pay £660m for the firm, with the majority being paid through shares. Lloyds will take a 9.8% stake in Aberdeen, valued at £560m, with a potential extra £100m being paid based on the asset’s performance over a five-year period.

Martin Gilbert, CEO of Aberdeen, said that the migration process would begin “very shortly” after completion. He added that he believed the combination of the two businesses and the strategic relationship with Lloyds would be of “great long-term benefit to out shareholders and clients”.

Gilbert added, “The combined business will have a far stronger and more divers range of investment management skills, as well as significant scale across asset classes and geographies.”

Both firms have ethical and sustainable options for investors. Cindy Rose, head of SRI research at Aberdeen, has previously spoken to Blue & Green Tomorrow about the company’s Ethical World fund.

Meanwhile, Craig Bonthron, co-manager of the SWIP Islamic Global Equity fund, has also commented on the benefits of investing sustainably in the past.

It’s time to pull our heads out of the sand, says SWIP fund manager