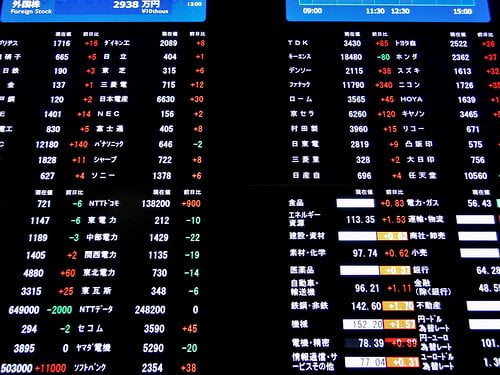 The government has issued a response to the Kay review, which urged longer term thinking in the investment world. Its feedback outlines plans to act on some of the recommendations made.

The government confirmed it is committed to removing mandatory quarterly reporting for UK companies, adding it continues to make a case for removing the “rigid requirements”.

The Department for Business, Innovation and Skills (BIS) response said, “Over the longer term, the government believes that the best way to make a case for reform beyond the EU is to lead by example, to show that greater flexibility can improve, rather than diminish, the reporting of relevant and timely information to investors about the capacity of companies to create value over the long term.”

It is hoped this move will shift investors’ away from short-term performance indicators to longer-term objectives.

Commenting on the government’s response, Caroline Escott from trade body the UK Sustainable Investment and Finance Association (UKSIF) said, “The financial crisis in 2007 clearly demonstrated the need for a radical reshaping of capital markets and better investment practices that support long-term economic growth.”

The Kay review, published in 2012 by economist John Kay, also recommends applying fiduciary standards to more people within the investment chain. It argues that anyone who manages or advises people on how to invest their money should be required to put the client’s needs first.

The BIS response states that it is currently consulting with the Law Commission to legally define fiduciary duty, but a response is not expected to be published until June 2014. Fiduciary standards could boost investor confidence by enhancing trust between them and finance professionals.

The Stewardship Code, which aims to get investment managers focused on stewardship responsibilities rather than profits, is also being reviewed. The Financial Reporting Council has already implemented some of the recommendations into the code and is now considering additional changes.

The government noted that the majority of major asset management firms investing in UK equities have already signed up to the code, and asset manager signatories to the code currently manage around 40% of the UK equity market.

Escott added, though, that the government had fallen short on environmental, social and governance (ESG) issues.

She said, “It’s a shame that this response misses the opportunity to more explicitly highlight the need for consideration of environmental, social and governance factors by both asset owners and managers in order to fulfil their stewardship responsibilities.”

Meanwhile, Adrian Bailey MP, chair of the BIS select committee, commented, “In a number of areas the government appears to reject our recommendations on how it can drive reform. Warm words must be backed up by action if progress is not forthcoming.

“The 12 years of inaction following the Myners review is proof enough that cultural change will not happen without a catalyst.  The government must be willing to provide that catalyst and pick up a regulatory stick if necessary.”